What is a shooting star? 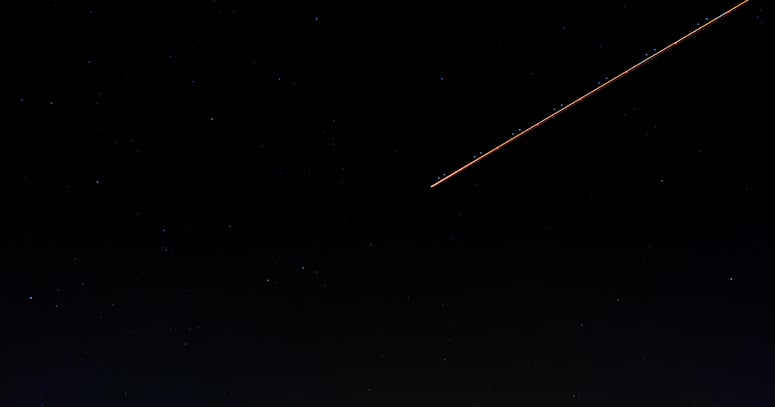 There are many magnificent things around us that can take our breath away. Most of them happen right here in our universe, the most interesting and inexplicable places of all. However, to find some beauty in it you don't have to go to the observatory or even own a telescope, you can see it with the naked eye. Spotting a shooting star in the night sky is surely are one of them. However, shooting star isn't really a star falling out of the sky, in fact, it is a meteoroid, fragment of an asteroid or a comet that falls into the Earth's atmosphere and burns up.

This formation of rock and dust is pulled by Earth's gravitational field and moves so fast that it heats up. From our point of view, it seems like it is glowing and looks wonderful, but behind it stands pure physics. Basically, friction between these rocks and air molecules creates a huge amount of heat that afterward is converted into light.

How often can you see a shooting star?

There is a lot of debris floating around in space, which means that dozens of meteors reach our atmosphere every hour. Though most of them never reach the ground - burning up they just turn to dust. However, some of the bigger meteors once in a while the Earth's surface and the parts of these rocks found is called a meteorite.

According to the American Meteor Society, you'd expect to see 2 to 16 meteors in a really good dark site. Meteors span across the atmosphere in the day time as well, but we can actually spot them only at night, so they are more common than you might think. When stargazing you can expect to see a shooting star every 10 to 15 minutes, this is an average assumption taking into account that we only see a small part of the sky at once.

The best way to improve your chances of seeing meteors are to:

Why do we wish upon a shooting star?

In many cultures nowadays there is this superstition that you need to make a wish every time you see ‘shooting star' or, to be scientifically accurate, see burning specks of space dust. Whenever you or your ancestors from year one looked up at the night sky most probably you both did the same ritual. You closed your eyes and wished for something your heart truly desires. But where is this idea rooted? One of the assumptions relies on the frequency of this matter. Meaning, that this happening is very rare, so you can count yourself lucky every time that you experience it. This luck of seeing a shooting star in the night sky then is rewarded by fulfilled fish.

Other version dates back to the ancient Greeks, of course. Stating that it was Ptolemy who first compared these meteors to signs of God. Thus, shooting star is an indication that the Gods are now paying attention to whatever you would ask for.

In later Christian tradition, they were thought to represent rising or falling souls or angels. In this theory, a falling star is meant as a remembrance of this soul that lights up with your own wishes. We might never know the origin of this matter, however, that won't impact our appreciation of this starry miracle. Every one of us has different beliefs and reasons why we believe the magic of shooting stars. If it makes the world a bit more interesting and mysterious - well there is no harm. And did you make a wish already?