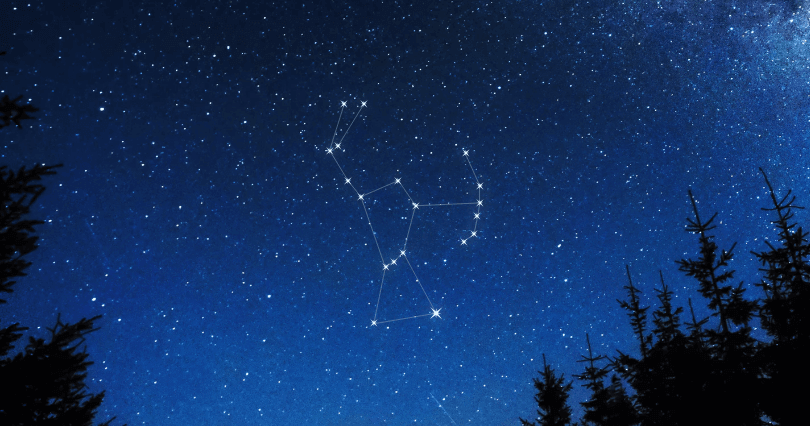 What is a constellation?

A constellation is a group of stars in the night sky that form a specific shape. The word comes from the Latin word constellātiō, which can be translated as “set with stars.” Astrology used this term at first for asterisms that were noted by Ammianus Marcellinus in the 4th century – they believed that all of them have a certain influence on humankind. The term, however, was not used that often before the 16th century.

It is shown later on that the constellations are much larger than the asterisms in the night sky, and the borders of all constellations were redefined in 1922. by International Astronomical Union.

The first documented and official list of constellations was the one by famous Greek astronomer Ptolemy. His Almagest from the 2nd century was based on the work of previous navigators, astronomers and astrologers, and records from Babylonian times. Ptolemy created a list of 48 constellations, and most of them were northern hemisphere constellations since he was not able to see all of them from Greece or Europe. Most of his constellations were known before to the mankind, like the Zodiac family of constellations and the Orion constellation, and there are stories in other cultures and civilizations that are proof of that. He named all of the constellations from his list by creatures or animals from Greek mythology and connected each of them with certain myths.

Later on, many more constellations were discovered from the 15-18th century. All begins with the story of a Dutch fleet and their mission to the legendary Dutch fleet journey to the Spice Island. The ship was under Captain Keyser’s command and they went on a mission so the new trade relationships could be created. During their journey, the position of 135 stars was measured. Some of them were never cataloged or depicted before, and these documents helped Peter Plancius recognize 12 new southern hemisphere constellations. His work was based on the research of several navigators from Holland, and later on, confirmed on Bayer’s Uranometria.

After the telescope was invented, French astronomer de Lacaille named some of the southern hemisphere constellations that were not spotted or cataloged before. He liked naming them after the technical novelties and not after the animals or creatures from Greek-Roman mythology.

International astronomical union or shortly IAU described constellation as an area of the celestial sphere grouped in a specific shape from several stars and deep-sky objects. IAU divided the constellations on the one located celestial, and the one in the northern and southern sky. The official record says that there are 88 known constellations, and thanks to the help of astronomer Eugène Delporte, boundaries between modern and ancient constellations were devised along vertical and horizontal lines. Most of the traditional constellations kept their names, but they were shortened – thanks to this, many myths and tails from ancient civilizations were saved.