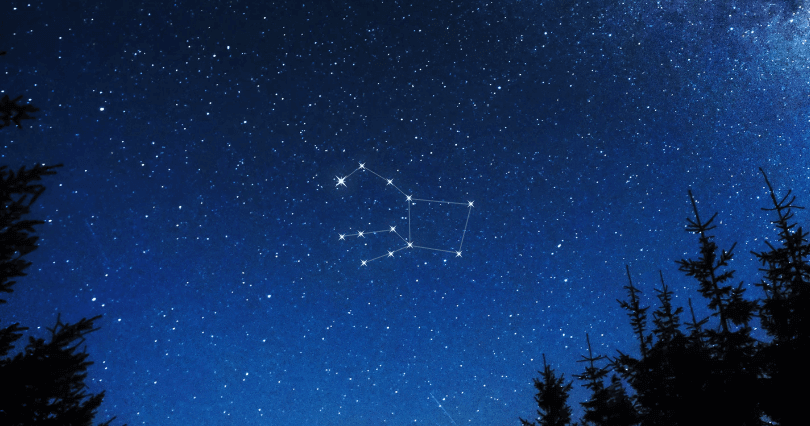 Pegasus is the seventh-largest modern constellation in the northern hemisphere. It was named by the winged ancient horse from Greek mythology.

Pegasus contains 8 bright stars and its known planets and they are shaped like a body and head of a horse. The brightest star in the constellation is Enif, also known as Epsilon Pegasi – an orange giant, 672 light-years away from the Earth.

Pegasus constellation is bordered by Cygnus, Lacerta, Delphinus, Vulpecula, Equuleus, Andromeda and Zodiac constellations Aquarius and Pisces. It was spotted by Ptolemy in the 2nd century CE, and later on, acknowledged in the modern constellations by IAU. Certain astronomers believe it was connected with Babylonian constellation IKU.

How to spot Pegasus constellation?

Pegasus is the 7th largest constellation in the night sky and it lies in the fourth quadrant of the northern hemisphere. You can see it at latitudes between +90° and -60°. The best time to see is at culmination during the month of October.

The constellation is known for the Great Square of Pegasus, a familiar asterism in the northern sky. It contains several bright stars and deep-sky objects. The brightest star in the constellation is called Enif, Epsilon Pegasi and there happens to be one meteor shower associated with Pegasus that occurs on each July -  the July Pegasids.

The Great Square of Pegasus is the main body of Pegasus constellation. This is a prominent asterism that is created by three bright stars in Pegasus and Alpha Andromedae. The main star of it received a dual designation around the 17th century by Johann Bayer and this star is now known as Alpheratz. The other ones are called Algenib, Scheat and Markab.

Pegasus belongs to the Perseus family of constellations, along with Andromeda, Auriga, Cassiopeia, Cepheus, Cetus, Lacerta, Perseus, and Triangulum.

Mythology of the Pegasus Constellation

Pegasus was known to the Greek mythology – he was a white-winged horse that was involved in the Gorgona Medusa and Perseus battle.
Medusa was a beautiful woman and had many admirers. The Goddess Athena caught her being defiled by the sea god Poseidon in her temple and turned her into a cold-blooded creature with the ability to turn everyone who looks at her into a stone. Medusa’s hair transformed into snakes and she became ugly. Hero Perseus was sent to kill her both with his fellow companion Pegasus.

Another story is a story of a young Pegasus and his outstanding mythical powers. When Pegasus was born, he flew away to the Mount Helicon in Boeotia. That was the home of the Muses, and after he became friends with them, they named him Hippocrene – the horse’s fountain. It was believed that everyone who drank from it was gifted with writing poetry talent.

The most famous myth with Pegasus is the one of Bellerophon, a hero sent to kill the Chimaera monster that breathed fire and was ruining King’s land. Bellerophon captured Pegasus and tamed him using a golden bridle. Pegasus helped him defeat the Chimaera monster, and the two rode together on Olympus to join the gods. The hero, unfortunately, fell off the horse and was brought back to Earth, but Pegasus managed to arrive at the location. He was a companion of Zeus, and Zeus wanted to honor him for his outstanding service and decided to place him on the night sky as a constellation.