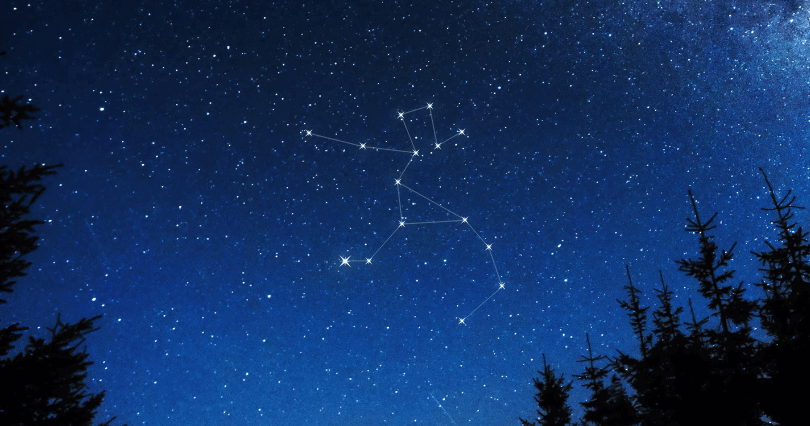 Centaurus constellation contains two brightest stars in the sky: Alpha Centauri and Beta Centauri. It contains also one of the brightest galaxies in the sky Centaurus A and the famous Blue Planetary Nebula also.

Centaurus is southern constellation known to Ptolemy and his 48 then-known constellations from around 2nd century CE. Trays of Centaurus were known even before that. This is the 9th largest constellation in the sky and it usually represent Chiron who mentored a bunch of Greek heroes like Perseus, Hercules, Achilles. It also represents a centaur creature – half horsed man that lived in Greece. Nearby are constellations Antlia, Carina, Circinus, Crux, Hydra, Libra, Lupus, Musca, and Vela.

How to spot Centaurus constellation?

Centaurus is a spectacular constellation that circles around the sky’s south pole and the only way to see it is in the southern hemisphere. People who are located at latitudes between +30° and -90° can easily see the entire constellation during the month of May best. Although Centaurus is visible to the naked eye, it is best to check it out with a telescope or with binoculars.  Centaurus lies in the third quadrant of the southern hemisphere and you can check it out at latitudes between +25° and -90°.

Major stars in the Centaurus constellation

Mythology of the Centaurus Constellation

Even Babylonians were known of Centaurus and referred to him as four-legged bison with a human head. They often linked the creature with the God of Sun Utu.

Chiron was the son of Cronus and the sea nymph Philyra. Cronus seduced the nymph, but want to hide this act of infidelity from his wife, so he transformed into a horse. That is why the nymph delivered part horse part human child. Chiron was a medicine teacher, hunter, and musician. He lived in a cave and was a tutor for many heroes. He died by one of Heracles’ arrows by accident which was covered in Hydra’s poisonous blood.

Since he was a son of Cronus, Chiron was immortal, but when the arrow struck him he suffered terrible pains. He was not able the die, and he lived like that for a very long time. At some point, Zeus released the centaur from pain and suffering. He allowed him to die and has placed him among stars to honor his service. It is believed that the constellation of Sagitta is the arrow that caused pain to Chiron.

In another story, Centaurus is usually depicted as a creature who sacrificed an animal, (Lupus constellation) to the Zeus and other Gods on the altar (Ara constellation). His front legs are actually made of its two brightest stars: Alpha and Beta Centauri. These stars are also pointers to the Southern Cross that is located under the centaur’s rear legs.