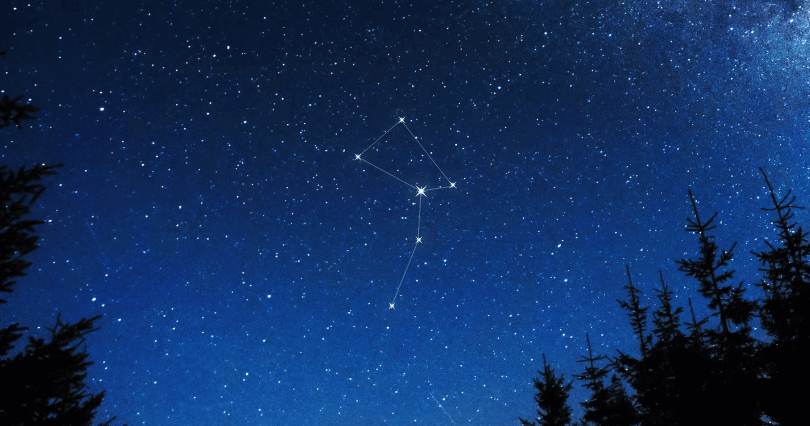 Musca constellation is located in the southern hemisphere and its name means the fly in Latin. You can see it easily thanks to its brightest star α Muscae and is located south of the Crux known as the ‘coal sack’ or a dark cloud. Constellation is bordered by Apus, Centaurus, Carina and Chamaeleon constellation and is located south of the bright star Acrux that is part of the Crux constellation. This one is known to be a faint one since it contains no particularly bright stars. Best time to spot it is in spring and summertime when the night sky is bright and clear.  At the end of the 16th century, a Dutch fleet went onto a journey to create some new trade relationships. Their destination was the Spice Islands, and the fleet was in command of Captain Keyser. On that journey, they’ve measured the positions of the 135 stars which later on became part of Plancius’ sky maps. This helped him create 12 new constellations including Musca which he referred to as “De Vileghe”. A few years after that the constellation was renamed to Musca in the new Sky Atlas, and at the end of the 17th century referred to as southern fly or “Musca Australis”. During that time, there were two Muscas known – Australis (the southern one) and Borealis (the northern one), but later on, did the stars of Musca Borealis became part of Zodiac constellation Aries and it no longer exists today.

How to find Musca constellation?

Musca is the 77th constellation in size and it is set in the third quadrant of the southern Best time to see it is around spring and summer bright and clear nights, at latitudes between +10° and -90°. Musca constellation is bordered by the Apus, Carina, Centaurus, Chamaeleon, Circinus, and Crux constellations.

Musca is a part of the Johann Bayer family of constellations along with Apus, Dorado. Volans, Phoenix, Tucana, Chamaeleon, Grus, Hydrus, Pavo and Indus constellations.

Musca contains several deep sky objects such as Nova Muscae (binary system with the black hole), the globular clusters NCG 4833 and NCG 4372, the Spiral Planetary Nebula, the Dark Doodad Nebula, and the Hourglass Nebula. It is a home of only one bright star with known planets – the brightest one is named Alpha Muscae. There are no meteor showers and Messier objects that are linked to this constellation. Here is a list of the major stars in this constellation:

Due to the fact this constellation has been recently discovered, there are no Greek or Roman mythology connected to Musca. The constellation was first spotted by the Dutch navigators in the 16th century (Pieter Dirkszoon Keyser and Frederick de Houtman) and cataloged by the Dutch astronomer Peter Plancius in his Skymaps. Bayer described it later on like a celestial atlas in his “Uranometria”. Musca constellation was part of the 12 new constellations that have been spotted and documented on the Dutch expedition to the Spice Islands. In the Sky maps of Plancius, it was referred to as De Village. Bayer, however, called this constellation the Bee (Apus) and the name was used for almost 2 centuries.