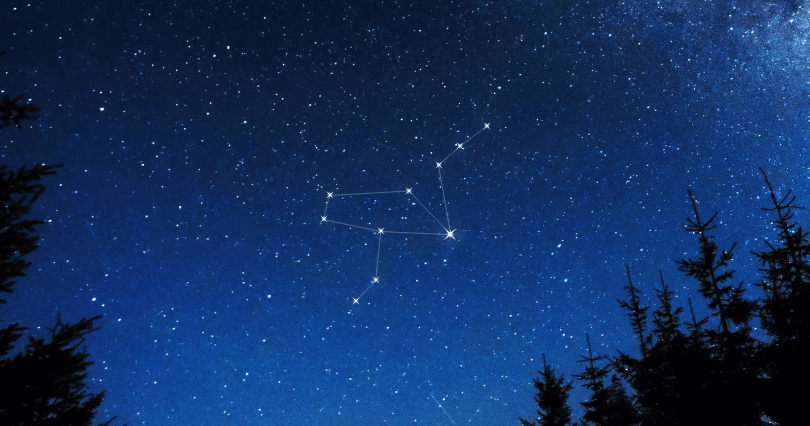 Grus constellation extends in the southern hemisphere and it means the crane in Latin. Its brightest stars are Alnair and Gruis – the two have contrasting colors and because of that could be easily distinguished. The best time to look for this constellation is during fall and you can spot it near Telescopium, Piscis Austrinus, Tucana, and Phoenix.

At the end of the 16th century, a Dutch fleet traveled to the Spice Islands in order to create some new trade deals. Captain Keyser was in charge of the fleet, and during that mission, the positions of 135 stars were measured and later on included in the sky maps of Plancius. He invented 12 new constellations, including Grus, but then referred to as "Den Reygher".

The stars of the Grus constellation were at first part of the Piscis Austrinus, and the constellation appeared first in Bayer’s Uranometria.

How to spot Grus constellation?

Grus is the 45th constellation in size and it is located in the fourth quadrant of the southern hemisphere. The constellation is visible at latitudes between +34° and -90°. Grus is bordered by these constellations: Indus, Microscopium, Piscis Austrinus, Phoenix, Sculptor, and Tucana

Alnair – α Gruis (Alpha Gruis) – this is the brightest star in Grus with a magnitude of 1.74. Alnair is 101 light-years distant from the solar system. Its name is Arabic for ‘the bright one’ and is connected to the phrase al-Nayyir min Dhanab al-ḥūt, which can be translated to “the bright belongs to the tail of the Fish”, This phrase was its connection with the constellation Piscis Austrinus.

Grus is located south of the ecliptic plane and its asterism consists of seven main stars and 28 ones with Bayer/Flamsteed designations. Grus is visible best to all observers at culmination during the month of October.

At first, it was believed that the Grus was part of the ‘Southern fish’ constellation – Piscis Austrinus. The reason for that was because its stars were not visible to northern observers.

Grus belongs to the Johann Bayer family of constellations, along with Apus, Chamaeleon, Dorado, Hydrus, Indus, Musca, Pavo, Phoenix, Tucana, and Volans. Grus does not contain any Messier objects. There are no meteor showers associated with the constellation.

Mythology of the Grus constellation

Since it was recently discovered, there are no Greek myths associated with Grus. The only connection this constellation has with ancient mythology is it’s associated with the crane, Hermes’ sacred bird. Constellation was created from the south located stars in Piscis Austrinus.

Grus’ stellar patterns first appeared in 1597. on a celestial globe. A few years after Bayer cataloged it in Uranometria and Grus was considered as constellation right after that. This constellation is now accepted and listed as one of 88 modern constellations by IAU.