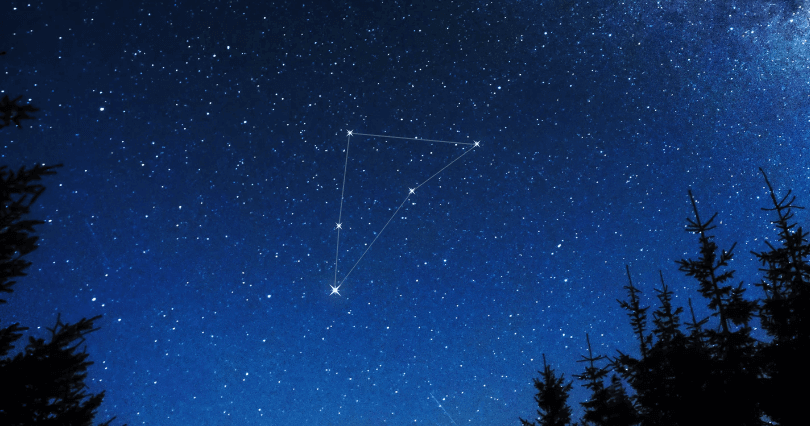 At the end of the 16th century, a Dutch fleet visited legendary Spice Island so the new trade relationships could be created. Captain Keyser was in charge of this fleet, and by his command did the total of 135 stars measured and later on included in Placinus’ sky maps. From this insight he was able to create 12 new, until then not known, constellations, and among them was Indus constellation by the name “De Indiaen”. A few years later, the constellation changed the name to “Indus” in the new sky Atlas. In 1603 the constellation was added to Bayer’s Uranometria catalog and is now known as one of the 88 modern constellations, fully recognized by IAU.

How to see Indus constellation?

Indus constellation is located in the southern hemisphere. It does not contain any bright stars. The constellation represents the Indian, referring to a native of either of Asia or the Americas at the time the constellation was created.

Indus is the 49th constellation in size, and it is set in the fourth quadrant of the southern hemisphere. The constellation is visible to all observers between the latitudes +15° and -90°. This is known to be a relatively dim constellation, and it doesn’t contain any objects brighter than magnitude 3.

The Persian – α Indi (Alpha Indi)
Alpha Indi star is estimated to be one of the oldest known stars – a billion years old. This is a star of the spectral type that has evolved and lot and therefore entered the giant evolutionary stage. The star is 98.3 light-years distant from the solar system and is usually referred to as ‘The Persian’.

This constellation is located south of the ecliptic plane and it consists of 3 main stars that form its primary asterism and 16 stars with Bayer/Flamsteed designations. Indus is bordered by these constellations: Microscopium, Sagittarius, Telescopium, Pavo, Octans, Tucana, and Grus.

Indus constellation has only two stars with known planets. The brightest star in Indus is The Persian, Alpha Indi. There are no meteor showers or Messier objects linked to Indus. The constellation contains several notable galaxies and deep-sky objects, including NGC 7049, NGC 7064, NGC 7083, NGC 7090, and IC 5152.

Mythology of the Indus Constellation

Since Indus was recently discovered, there are no trays about its connection with Greek-Roman mythology. However, this constellation is meant to represent Native American Indians that the Dutch people met during their journey around the world. It is believed that Bayer was fascinated with the native’s culture, and wanted to honor them by naming one of the constellation Indus.

Early depictions indicate that the Indus could be connected with Madagascar’s natives, first spotted by the Dutch Fleet on their journey to the Spice Islands. There is no official record that could link the Indus constellation to only the natives in Madagascar or the natives that lived in the East Indies. However, they were always depicted as holding arrows or spears.