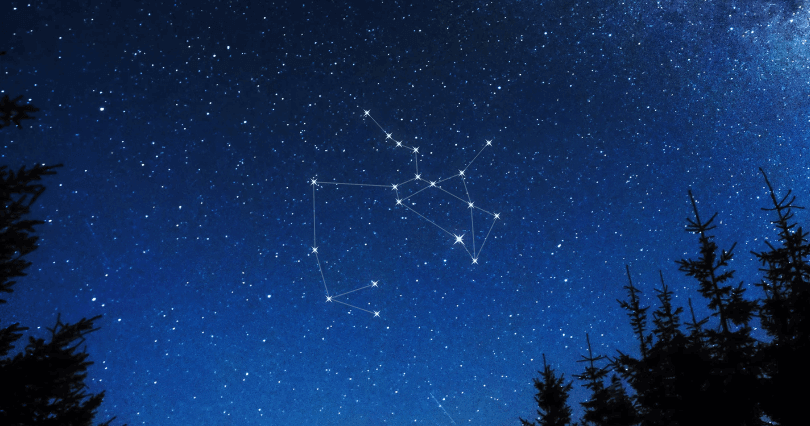 How to find Sagittarius constellation?

This constellation contains several notable stars, not brighter than the magnitude 3.0. The brightest star in Sagittarius is Kaus Australis or Epsilon Sagittarii, with magnitude 1.79 and 9.69 light-years away from our Solar system.

Sagittarius contains 15 Messier objects, and 32 stars in total, most of them with its confirmed planets. There aren’t any meteor showers linked to this constellation.  Sagittarius is home for many notable deep sky objects and among them are Messier 8, Messier 17, Messier 24, the Bubble Nebula, the Galactic center, the red dwarf MOA-2009-BLG-387L, etc.

The constellation was first introduced by Ptolemy in the 2nd century but was known long before that too many other cultures and civilizations like Roman, Egyptian and Babylonian.

In ancient Greece, Sagittarius is depicted as a centaur – half human half horse mythology creature who had four legs like a horse, and head and torso of a man. It is shown as archer holding a bow with an arrow, and is aiming toward the heart of constellation Scorpio and its brightest star Antares. In other variations, Sagittarius is wrongly interpreted as a centaur Chiron, who is placed in the night sky as constellation Centaurus.

Babylonians know a different story and they link this constellation with Nergal – the centaur god that had one panther and one human head. Since he was a hybrid, he had white wings and the stinger of a scorpion.