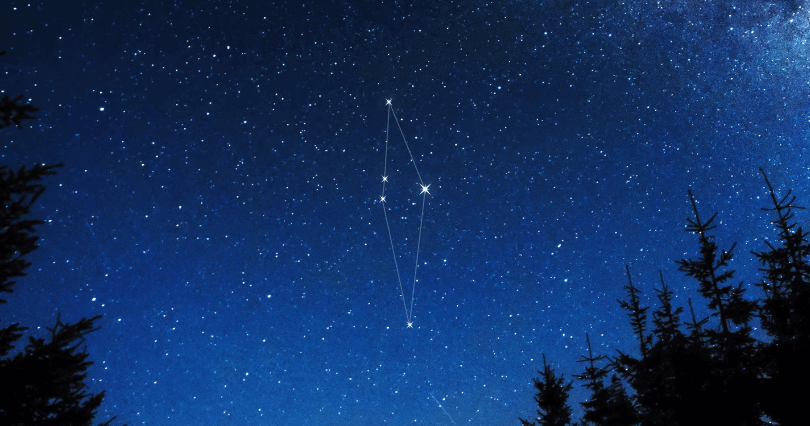 Scutum constellation is one of the smallest, fainted constellation located in the southern sky. Its name is Latin for ‘the shield’ and it was presented by Hevelius, Polish astronomer in the 17th century. He called it Scutum Sobiescianum to honor the Polish King who won the Vienna Battle in 1683. The name was later on shortened to just Scutum. The constellation is now a member of 88 modern known constellations, a list created by the International Astronomical Union.

The astronomer Johannes Hevel dedicated this constellation to the Polish King Jan III Sobieski, which is why the original name was "Scutum Sobiescii". It was the king who freed the city of Vienna from the Turkish besiegers in 1683 at the Battle of Kahlenberg, thus preventing the expansion of the Ottoman Empire in Europe. Also, he was a strong supporter of astronomy and Hevel himself.

How to find Scutum constellation in the night sky?

Scutum is one of the smallest constellations – to be precise the 84th constellation in size, and its location is in the fourth quadrant of the southern hemisphere. Scutum is visible to all observers at latitudes between +80° and -90°. Constellation is bordered by Aquila, Serpens and Sagittarius constellations.

Scutum is a home of two Messier objects (Messier 11 and Messier 26) and the June Scutids meteor shower is the only one meteor shower connected to it. The constellation contains no stars brighter than the third magnitude, and the brightest one is called Alpha Scuti with a magnitude of 3.85. Alpha star is not the nearest star, and this constellation has only one star with its known planets – COROT-17. The nearest star is located only 41.54 light-years away and it is called LHS 3398. Scutum is also home for the supergiant UY Scuti (now the largest star known) and famous Delta Scuti star.

Alpha Scuti is the brightest star in the constellation. This star is approximately 174 light-years distant from Earth, and it used to be part of Aquila constellation a long time ago. This is a variable star and an orange giant with a magnitude of 3.85. It is said that this star is 132 times more luminous than the actual Sun, and the astronomers believe it to be about 2 billion years old.

Mythology of the Scutum constellation

Due to the fact this constellation was recently discovered, there aren’t any Greek-Roman myths or tails associated with it. The constellation was not visible to the Greeks, and that is the main reason why it was not spotted and depicted by Ptolemy, a famous Greek astronomer, in the 2nd century CE, along with his 48 then-known constellations. This is one of the smallest constellations in the night sky, located in the southern hemisphere that is linked to one story from recent history – Battle of Vienna in 1683. Scutum was depicted and cataloged by famous Polish astronomer Hevelius and got its name by the Polish King John III Sobieski. The constellation was first referred to as Scutum Sobiescianum, or Shield of Sobieski to honor King’s victory in the Vienna battle. King was a close friend of Polish astronomer and has helped him rebuild his observatory a few years before this event happened. The name Scutum Sobiescianum was later on shortened to just Scutum, the shield.