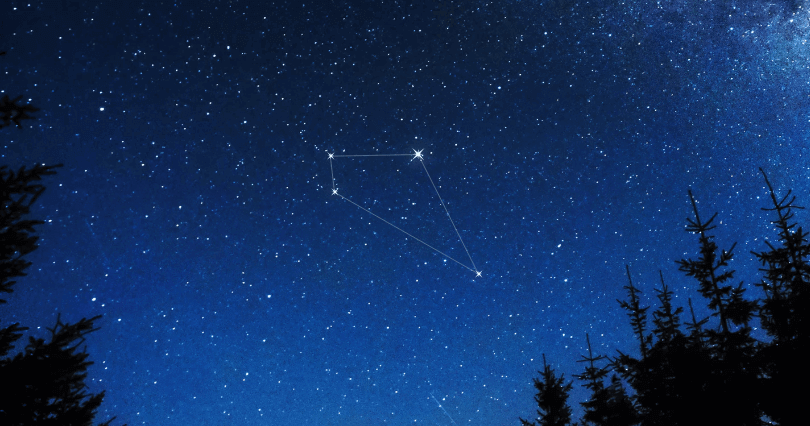 Sextans constellation is located near the celestial equator in the southern sky and can be seen from both hemispheres. The constellation in inconspicuous one, and contains no stars brighter than magnitude 4.0. This is the reason why it could be seen best with the use of binoculars or telescope. It is bordered by Hydra, Crater and Leo constellations and the best time to look for it is during culmination in summer months. Its name means the astronomical sextant. The constellation was first introduced by Polish astronomer Johannes Hevelius in the 17th century and it represents a sextant that measures the positions of the sky. It was now known to both Greeks and Ptolemy and got its official acceptance in a list of 88 modern constellations created by the International Astronomical Union.

How to find Sextans constellation in the night sky?

Sextans is the 47th constellation in size, and it lies in the second quadrant of the southern hemisphere. Constellation is located in the celestial equator and could be seen from both hemispheres during summer months at latitudes between +80° and -90°. The neighborhood constellations are Leo, Crater, and Hydra.

Sextans constellation has 5 stars with known exoplanets but contains no stars brighter than magnitude 3 and 4. The brightest star in this constellation is Alpha Sextantis, with magnitude 4.49, and the nearest one is red dwarf LHS 292 who is only 14.8 light-years distant from our planet. This constellation contains no Messier objects, but there is one meteor shower linked to it, happening daytime and in late fall – the Sextantids. Sextans is home to several important deep-sky objects like the Spindle Galaxy (NGC 3115), the spiral galaxies NGC 3166 and NGC 3169, the irregular galaxies Sextans A and Sextans B, the galaxy cluster CL J1001+0220, and the Cosmos Redshift 7 galaxy.

Alpha Sextantis is the 4th-star magnitude and is 287 light-years distant from Earth. It is a very old star and the star that 122 times more luminous than the Sun. Its brightest, Alpha star, is considered to be an equator star and it lies exactly south of Regulus star from Leo constellation.

Mythology of the Sextans Constellation

Due to the fact this constellation was recently discovered, it has no connections with any Greek-Roman tails or myths. Sextans was first introduced by the Polish astronomer Johannes Hevelius in 1687. and he named it after the instrument that was used to measure the stars in the night sky. Its original name was Sextans Uraniae after the instrument he had used, but the instrument was burned in a fire a couple of years later in his observatory. During his time, it was quite popular to name the newfound constellations by technical novelties, and not by animals or creatures from mythology. This constellation is, however, one of the faintest ones in the night sky.

Telescopes were known at that time, but this astronomer preferred the sextant for naked-eye sightings. He used this instrument during his whole career.