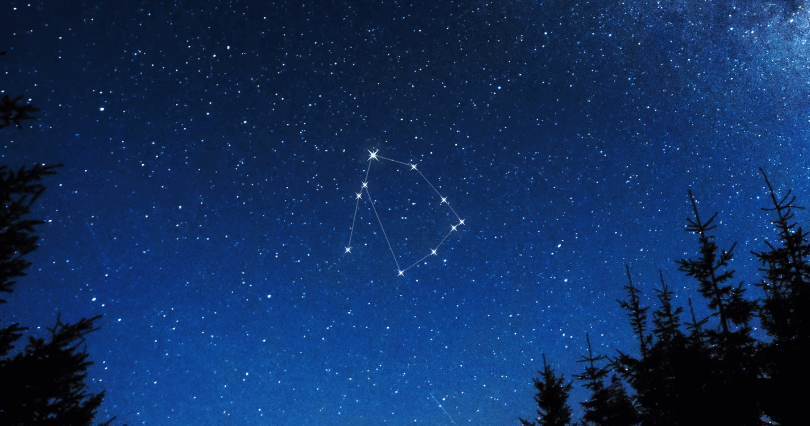 How to find Ophiuchus constellation?

Ophiuchus is the 11th largest constellation in the sky, and it lies in the third quadrant of the southern hemisphere. This constellation is visible to all observers and could be seen at latitudes between +80° and -80°. Constellation is located nearby Aquila, Libra, Scorpius, Serpens, Hercules and Sagittarius constellations in the night sky.

Mythology of the Ophiuchus constellation

Ophiuchus is linked to the son of the god Apollo – Asclepius, a figure from ancient Greece who was able to bring the dead ones back to life with his healing powers. He learned this by seeing a snake bringing healing herbs to another snake. This event is linked to the story of Glaucus, son of King Minos, who drowned by falling into a jar of honey. Snake tried to access his body, and Asclepius killed it, but shortly after another snake went by and placed a herb on the first one and the killed snake was brought back to life. He used the same her and put it on Glaucus’ body and he resurrected immediately.

This healer was thought and raised by Chiron and in one of the versions of this myth, he was given the blood of Medusa by Athena goddess. The blood from its veins on one side was poison, but on the other was a cure for resurrection.

Some versions of the myth linked him with Hippolytus, represented by Auriga constellation, the charioteer who was thrown from his chariot.

Asclepius was eventually killed by the Zeus because he was worried that all the humans will become immortal. Hades was also worried that there will be no dead souls for him too, and the two went on a mission to kill the healer. Zeus killed him with his thunderbolt and placed his image in the night sky to honor him for his service – and this is the story of how the healer became the constellation Ophiuchus or the Serpent Bearer.