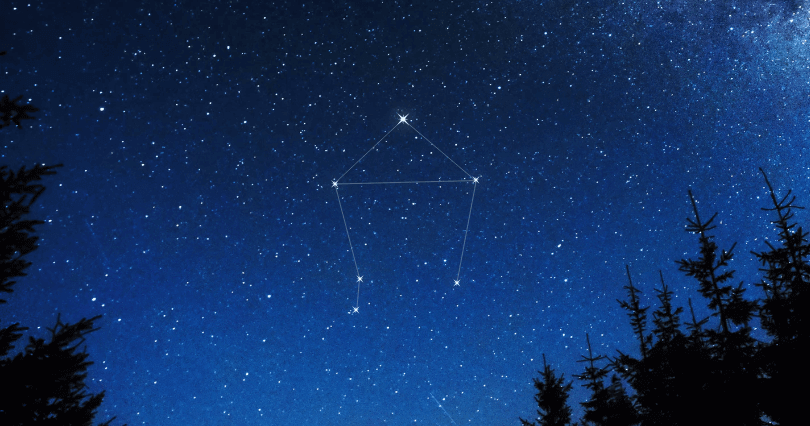 How to find Libra constellation in the night sky?

Libra constellation is the 29th constellation in size, located in the third quadrant of the southern hemisphere. Libra is visible to all observers from both hemispheres and can be seen best during culmination in June, at latitudes between +65° and -90°. The constellation is bordered by these: Centaurus, Virgo, Serpens Caput, Scorpius, Lupus, Hydra and Ophiuchus constellations.

Libra is a member of the Zodiac family of constellations along with Aries, Taurus, Gemini, Cancer, Leo, Virgo, Scorpius, Sagittarius, Capricornus, Aquarius and Pisces constellations.

This is a fainted constellation that contains only 3 stars with known planets. There are no Messier objects linked to it, and only one Meteor shower associated with it – the May Librids. The brightest star of Libra is Beta Librae or Zubeneschamali with a magnitude of 2.61. This constellation is home to one notable deep-sky object, the oldest known star in the Universe - HD 140283 or Methuselah star.

Mythology of the Libra Constellation

Libra constellation was first depicted by Ptolemy in 2nd century CE but was known to many other civilizations and cultures long before that time. Greeks knew the part of the sky where its located as Chelae ‘the claws’ and believed it was part of Scorpius constellation. The connection with scales became in the 1st century BC when Rome was founded – astrologers said that the Moon was in Libra on that day. For Romans, this constellation had links to the autumnal equinox – the day when the length of night and day time is balanced. In ancient Rome, Libra was the only Zodiac sign that reflects an object and not an animal or mythology creature and they saw it as a symbol of balance and justice among people.

The first ones to link Libra with the balance were Babylonians – they called the Libra constellation ZIB.BA.AN.NA, which means “the balance of heaven”. They saw the constellation as the scissors of Scorpio, and so did astronomers from the Arabic world.

Once the association with balance starts kicking in, ‘the weighing scales’ constellation had been often described as the scales held by the Greek goddess of justice, represented by Virgo constellation. As a reminder, that Libra as part of Scorpius constellation its brightest Beta star got the name which could be translated to ‘the northern claw’. The southern claw is its Alpha star Zubenelgenubi.

The constellation is now officially recognized and listed as one of the 88 modern constellations by the International Astronomical Union. It has significance in both astrology and astronomy.