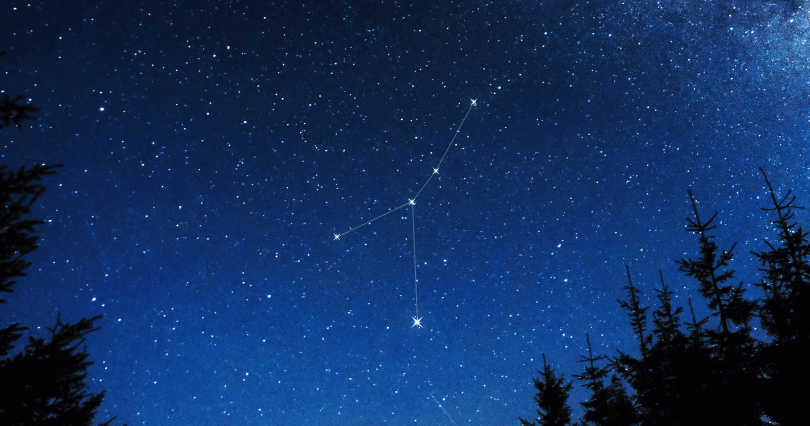 Cancer constellation is a relatively fainted northern hemisphere constellation and part of the twelve Zodiac signs constellation. Since its faintness, it is very difficult to see it clearly. Its name is Latin for the crab. You can locate it by finding the brightest stars of Gemini or Leo constellation and you will spot the Cancer right between them. The constellation is also bordered by Hydra and Lynx constellation and is shaped like an inverted Y letter. In theory, you can see this constellation from both hemispheres, but the best time to spot is from autumn to springtimes in the northern part, and in summer and mid-fall nights in the southern. The brightest star of the constellation is called Altarf and it is said that its 500 times more luminous than the actual Sun. Greek mythology is familiar with Cancer character, but it is often depicted as supporting actors to the story. First of all, it is associated with the Greek hero Hercules and his battle with the multi-headed Hydra. Hera sent a crab to try to kill Hercules, but the mission failed so she decided to honor him by placing him in the sky among the stars. The reason behind its invisibility is linked to the fact crab was unable to complete his mission.

The constellation was documented by Ptolemy in the 2nd century CE, and is now acknowledged by IAU and listed as one of the 88 modern constellations in the night sky. Cancer is the faintest constellation of the 12 Zodiac ones.

How to spot Cancer constellation?

Cancer is the 31st largest constellation in the sky and it is located in the second quadrant of the northern hemisphere. If you want to see it set latitudes between +90° and -60°. Constellation is bordered by Gemini and Leo zodiac constellations, Canis Minor, Leo Minor, Hydra and Lynx constellations.

Constellation is a home for many notable deep sky objects like cluster Praesepe, also (the Beehive Cluster (Messier 44), the open cluster Messier 67, and the interacting spiral galaxies NGC 2535 and NGC 2536.

Cancer constellation is familiar with two Messier objects and has only two stars with known planets. There is one meteor shower connected to it called Delta Cancridis, and the brightest star is named Al Tarf, Beta Cancri.

Acubens (Alpha Cancri) or claws of the crab in Arabic, is one of the brightest stars in Cancer constellation, but one of the faintest ones compared to other bright stars in the night sky. The star is located approximately 174 light-years from Earth.

Mythology of the Cancer constellation

In Greek mythology, the Cancer character is linked to the crab that Hera the Goddess sent for Hercules. Hera was very clever and wanted for Hercules to fail his 12 Labours mission so she decided to send a crab for him while he was still fighting Hydra. After the crab was defeated, Hera placed it among the stars, but due to the fact he has failed her, she didn't allow him to glow - and that is the story why it's hard spotting it.

In another version of the story, Hercules was the one who killed the crab and kicked him so hard that he has accidentally placed him in the sky. Hera was devastated after that and she tried to recuperate its shine and visibility in the night sky but failed.