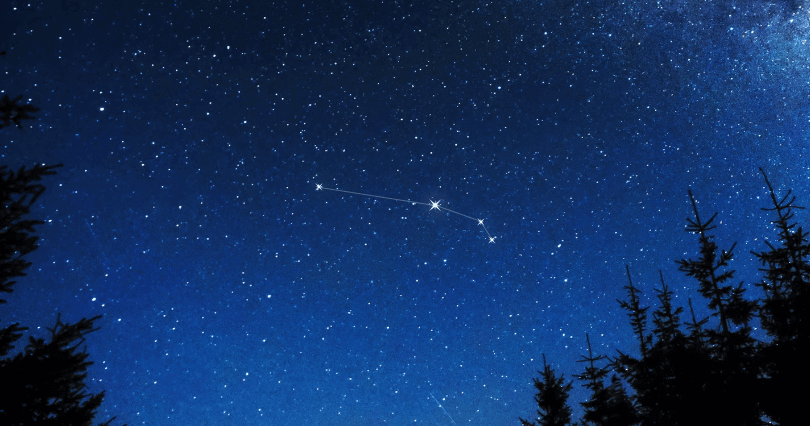 Aries Constellation is one of the Zodiac signs and therefore part of Zodiac constellation. It is located in the northern hemisphere and is relatively small, but has a specific structure that can make you easily recognizable and seen from below. The first mention of Aries goes back to the Babylonian era, but it was believed that is was actually Ptolemy who named it. Aries was an agrarian worker at first, but the Babylonians changed that later on to ram. Around 7th century Aries constellation was placed close to vernal equinox that indicates the start of the spring season. Due to the movement of constellations, the spring equinox takes place under Pisces instead of Aries.
The Aries constellation was first recognized as an independent constellation around 1350 BC.

How to spot Aries constellation?

To find it, look for a crooked line of three brightest stars near the Pleiades star cluster. Basically it lies between the Triangle, Taurus, and Pisces. Aries stars lie along the Zodiac and you can see it across the sky during the year, but it said to be the most visible in November.

Mythology of the Aries Constellation

Both Greek and Egyptian mythology are familiar with the story of Aries. In ancient Egypt Aries was associated with the god Amon-Ra – in the ancient images, he was portrayed as a man with a ram's head. Ram’s head in that time was a symbol of creativity, will and fertility – a new life. The symbol was indicator of the annual rebirth of the sun that was especially visible in the spring.

According to Greek mythology, on the other hand, Aries was a golden ram that saved Phrixus from a horrible death. Phrixus was the son of Athamas, the king of Boeotia, and twin brother of Helle. His mother was Nephele, the goddess of the clouds. Once his father got remarried, both he and his new wife hated the twins. She hated them so much that she thought about a devious plan to get rid of them once for all. She wanted to create starvation in Boeotia and bribed farmers and everyone else that the only way to stop this is to sacrifice Phrixus and Helle. Their mother found out about these lies and wanted to save her boys by sending a golden ram to the rescue. The animal saved both brothers, but Helle fell off in a sea during the rescue mission and the sea was renamed in his honor. The ram brought Phrixus to Colchis where king Aeëtes accepted him and even decided to give him his daughter Chalciope’s hand. As a thank you for accepting him when no one wanted, Phixus offered the ram to Zeus and gave the golden hair to Aeëtes.

Aries has three dominant stars in it that are forming an asterism – Alpha, Beta, and Gamma Arietis. All of these stars were traditionally used for navigation. Alpha Arietis, called Hamal, is located 66 light-years from Earth. It is an orange giant with an apparent magnitude of 2.0 which makes it the brightest star in Aries constellation. Her name origin is from the Arabic word for lamb.

Aries is also known as a home to several Deep Sky Objects: