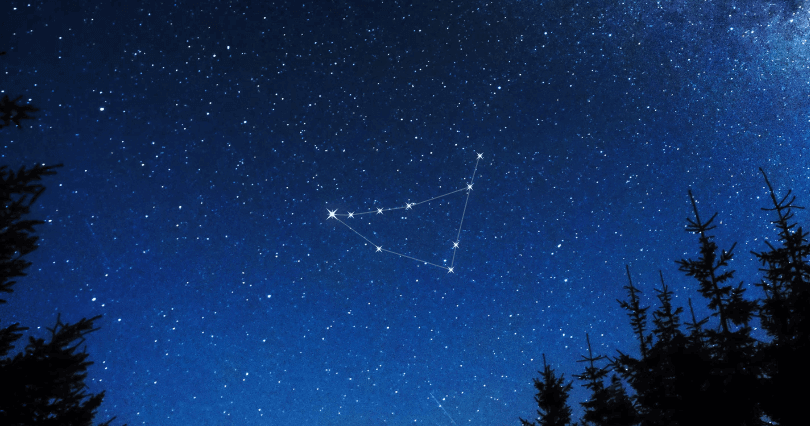 Capricornus constellation is one inconspicuous constellation in the southern sky. Its name is the goat in Latin, and it belongs to the Zodiac family of constellations. The constellation was first depicted and introduced by Ptolemy, a famous Greek astronomer in the 2nd century CE, and is linked to the two creatures from ancient Greece – the deity Pan and the goat Amalthea. Its symbol is ♑. The constellation is not officially recognized and accepted by International Astronomical Union, and part of their 88 modern constellations list. The other civilizations and cultures were known with this constellation, and the Babylonians referred to it as ‘the goatfish’.

How to find Capricornus constellation in the night sky?

Capricornus has three stars with confirmed planets and contains one important Messier object – the globular cluster Messier 30. The brightest star of Capricornus is Deneb Algedi, it’s Delta star, with magnitude 2.85. The star’s name is Arabic and could be translated to ‘the tail of the goat’ and you can find it near the ecliptic. Deneb Algedi is 39 light-years distant from the earth. There are five meteor showers linked to this constellation: the Alpha Capricornids, the Chi Capricornids, the Sigma Capricornids, the Tau Capricornids, and the Capricorniden-Sagittarids.

Mythology of the Capricornus Constellation

Capricornus was first introduced in the 2nd century CE by famous Greek astronomer Ptolemy and therefore has certain links to ancient mythology. However, unofficial data says that the story of this constellation goes way back to the 21st century BC from Babylonians and Sumerians. They called this constellation ‘the goat-fish’ or SUHUR –MASH – HA. A long time ago, this constellation marked the winter solstice, and in modern times the astrology sign Capricorn begins in the first day of winter

This, second faintest Zodiac constellation in the night sky, has connections with the forest deity Pan – he had horns and legs of a goat. His sin Crotus was also a hybrid and is represented by neighborhood constellation Sagittarius. Zeus placed Pan in the night sky, to honor him for his service to the Gods – he came to their rescue several times. The most notable event was during the war with the Titans, when he scared them away, simply by blowing his shell. He warned the gods that monster Typhon was sent to fight the Gods, and he suggested to gods to dress as animals so the monster can’t find them.

Zeus killed the monster Typhon with thunderbolts, but Pan eluded the monster by jumping into the Nile river and turning his lower body parts into fish. This is the reason why Capricornus is often presented as a goat with the fish’s tail.

Another version of the story depicts Capricornus as the goat Amalthea, that suckled Zeus while hiding from Cronos. Once he became famous God, he placed the goat in the night sky as a constellation to honor it for the protection and service.