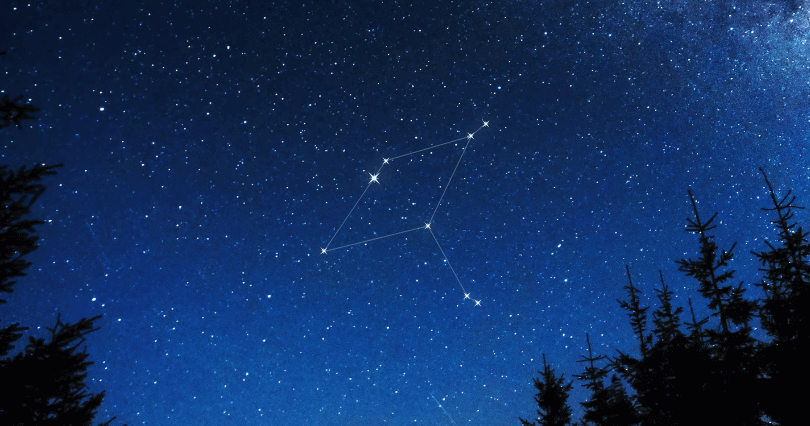 How to find Aquila constellation in the night sky?

Aquila constellation is the 22nd biggest star constellation in the night sky and it is placed in the fourth quadrant of the northern hemisphere. The constellation could be easily seen at latitudes between +90° and -75°. Aquila is bordered by these constellations: Scutum, Serpens Cauda, Aquarius, Capricornus, Delphinus, Hercules, Sagitta, Sagittarius, and Ophiuchus.

Aquila contains several deep-sky objects and is home to two very important and known stars: Altair and Tarazed. The notable objects in it are the open clusters NGC 6709 and NGC 6755, the dark nebula B143-4, the Phantom Streak Nebula and many other planetary nebulas. This constellation has 9 stars with confirmed planets. It doesn’t contain any Messier objects, but there are several meteor showers linked to it: the June Aquilids and the Epsilon Aquiles.

Altair star is the 12th brightest one in the night sky and has a magnitude of 0.77. This star is one of the closets to our planet (only 16.8 light-years away) and is visible to the naked eye. Its name is Arabic and it means ‘the flying eagle’. The star mover very quickly and this is an A-type main-sequence star. She is one of three stars that form the Summer Triangle asterism – the other two are Deneb from constellation Cygnus, and Vega from constellation Lyra. Best time to see it is during clear and bright summer nights. The Babylonians called it ‘the star of the eagle’.

Mythology of the Aquila Constellation

Aquila has roots in ancient Greek and Roman history. In Greek mythology, Aquila was an eagle of Zeus who carried his thunderbolts. One time the eagle was sent to carry Ganymede to Olympus to be the cupbearer of the Gods. Ganymede is represented by Zodiac constellation Aquarius.

Different version connects Aquila with the eagle who was a guardian of Eros’ arrows that are represented by constellation Sagitta. The arrows hit Zeus one time and made him lovesick. There is one more story in which Aquila is Aphrodite, who transformed herself to pursue Zeus who was disguised as a swan.

Although Aquila has roots in Greek history, it was well known to both Romans, Babylonians, and many more other civilizations. This constellation is one of the oldest known ones, and was first spotted by Ptolemy in the 2nd century CE and listed in his 48 then-known constellations. Nowadays it has been officially recognized and accepted by IAU and part of their 88 modern constellations list.