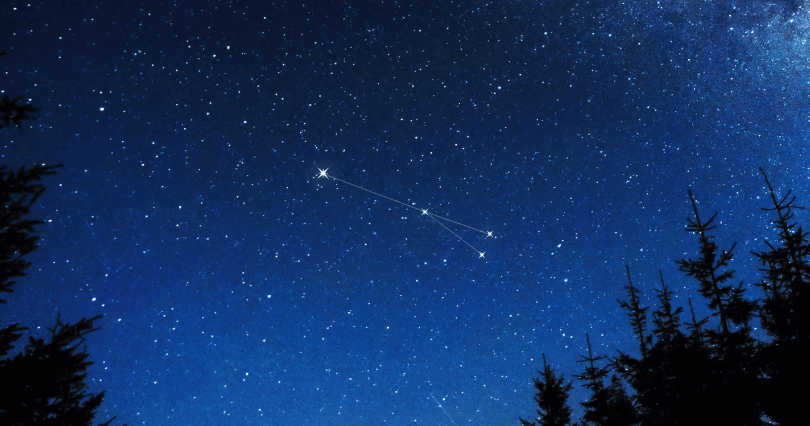 This is a northern hemisphere constellation and the best time to spot is during summer bright and starry nights. It consists of 4 stars that are creating an arrow shape. The brightest star called Sagittae forms the top. Sagitta is bordered by Vulpecula, Delphinus, Eagle and Hercules constellations. She was known to Ptolemy, and later on, was listed on the IAU list of the known constellation.

Sagitta has no stars in it that are brighter than 3rd and 4th magnitude and is made only of a few deep-sky objects like the globular cluster Messier 71 (NGC 6838) and the Necklace Nebula that was discovered in 2005.

How to spot Sagitta constellation

Sagitta lies in the northern hemisphere in the fourth quadrant. You can easily see it at latitudes between +90° and -70°, from every location on Earth.

Major stars in this constellation

This constellation contains only one Messier object called the globular cluster Messier 71 (M71, NGC 6838). No meteor shower is connected to it.
When it comes to the stars, this constellation doesn’t contain any stars brighter than magnitude 3. The brightest star is called Gamma Sagittae, but the nearest one is Gliese 745. Sagitta has three stars with known exoplanets.

Mythology of the Sagitta constellation

There are several versions of the myth story that is linked to Sagitta constellation.

The word Sagitta refers to an ‘arrow’ that was used to kill the physician Asclepius. In another story, this was the arrow that Heracles used to kill the eagle Zeus sent for Prometheus. Zeus wanted to punish him for stealing and sent the eagle to eat his liver. Whenever the eagle eats a bit of its liver it would quickly grow again. The eagle is represented by the constellation Aquila. Heracles found Prometheus during his 12 labor tasks. He killed an eagle with the arrow and set Prometheus free.

In Roman mythology, the arrow was connected with the love arrow of Cupid. Cupid was actually the one who initiated the passion between Zeus and Ganymede. Ganymede was the shepherd represented by the Zodiac constellation of Aquarius.

There is another popular myth that connects Sagitta to Apollo’s arrow. He used it to kill the Cyclopes because they designed the thunderbolts which killed his son Asclepius who was a famous healer. Asclepius is represented by Ophiuchus constellation.