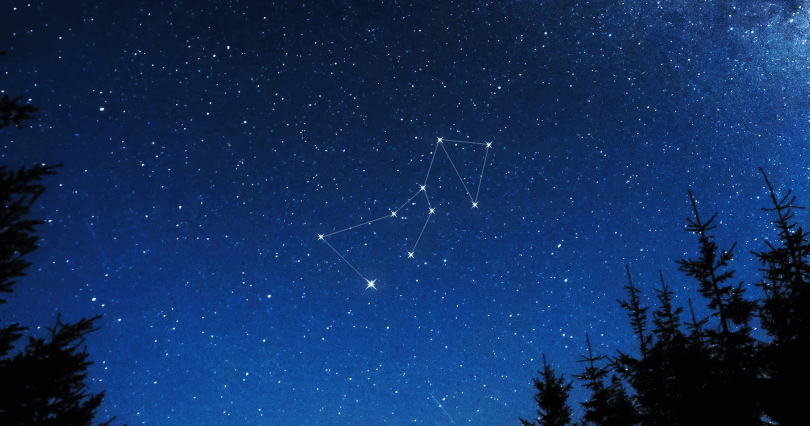 There is however one story from the mythology in which was thought that Lupus represents the wild African dog of Arcadian’s first King. The stars that form its asterism look like some type of creature – Ptolemy described it as some kind of beast, but due to wrong Latin translation, the beast word was transformed to a wolf, and that is how the Lupus become associated with the wolf animal.

How to find Lupus constellation

Lupus is the 46th constellation in size and it lies in the third quadrant of the southern hemisphere. The constellation could be seen at latitudes between +35° and -90°. Best time for all observers to see it is at culmination during bright and clear summer nights, especially in June. Lupus has moved further south, due to precessional movement of our planet Earth.

Mythology of the Lupus constellation

There aren’t any Greek-Roman myths linked to Lupus constellation. The stars that are part of it are associated with the animal that was impaled by the Centaur. The animal was sacrificed by the altar that is represented by the Ara constellation. Lupus was known to civilizations long before Ptolemy documented it, and was not connected to any animal in particular in that time. When Ptolemy’s work was translated to Latin, the constellation then was recognized as the wolf constellation – the Greeks, however, didn’t see it as the wolf. They referred to is as Therium, the wild animal, and the Romans believed it represents the beast called Bestia. In ancient Greek Lupus constellation was used to represent ca hybrid creature that looked like Babylonian’s Mad Dog – a beast with a human head, legs, and torso and with a lion’s tail. This beast was also linked with the Sun God and mythology creature called UR.Idim.