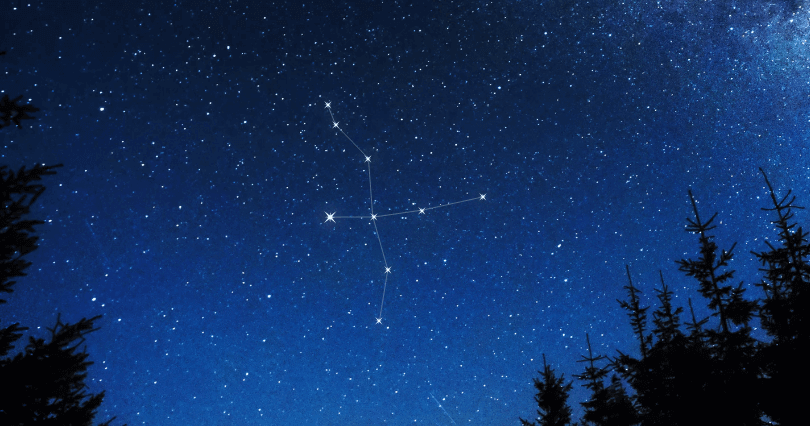 Cygnus constellation was identified by the Ptolemy in the 2nd century CE and is bordered by the constellations of Cepheus, Draco, Lyra, Vulpecula, Lacerta, and Pegasus. This is a prominent constellation in the northern sky also known as the Swan constellation. Cygnus is the Latin word for Swan and has roots in Greek mythology, due to its connection to Zeus and Leda. This is the 16th largest constellation in the night sky, and it lies in the fourth quadrant of the northern hemisphere. Cygnus has importance both to ancient Greek mythology and astrology, and that is way Ptolemy added it to his original list of 48 constellations. In Hinduism, Cygnus is connected with the ‘Brahma Muhurta’ which translates to ‘Moment of the Universe’ – this is a time period that lasts from 4:24 am to 5:12 am and is considered to be the best time to start the day.

How to spot Cygnus constellation

The constellation is easy to find in the sky because it features a well-known asterism known as the Northern Cross. Cygnus is best seen at culmination during the month of September. There is one famous meteor shower that is associated with Cygnus and that is Kappa Cygnid meteor shower – annual meteor shower that has a radiant near the star Deneb and is happening in mid-August.

The constellation is shaped like a flying Swan with stretched wings. There are several notable objects in the constellation: Cygnus X-1, The Fireworks Galaxy, two bright stars Deneb and Albireo, and several well-known nebulae (most known are the Pelican Nebula, the North America Nebula, and the Crescent Nebula).
Deneb is the brightest star of this constellation, and is derived from Arabic phrase Dhaneb ad-Dajajah which signifies ‘the tail of the hen’.

Mythology of the Cygnus constellation

Greeks connect the story of Cygnus constellation to the myth of Zeus and Leda. Zeus had the tendency to be disguised in order to trick people or to gain their trust. One of the times he disguised as the Swan so he could win over Leda. She was amazed by the beauty of the animal and gave birth to two sets of twins: immortal Pollux and Helen and mortal Castor and Clytemnestra. Zeus fathered immortal children, and later on, are Castor and Pollux represented by the Zodiac constellation Gemini.

There is one more story in which Cygnus is identified as Orpheus, the Greek tragic hero who was murdered by the Thracian Maenads. Orpheus was a muse of the Gods, a famous lyre musician. He was killed for not honoring Dionysus, God of Wine and pleasure. After his death, he was transformed into a swan and placed next to his lyre in the sky. Cygnus is actually formed in Swan shape by a combination of three bright stars – Vega, Altair and Deneb.

Cygnus constellation is sometimes associated with the Cycnus people that were known to Greek mythology. The history knows three famous Cycnus – one that was challenged and killed by Heracles in a duel, the second one who was Poseidon’s son and fought on his side during the Trojan Was (after Achilles killed him he transformed into swan) and the third one was the mortal son of the Helios, God of Sun. The third story is most frequently associated with Cygnus.