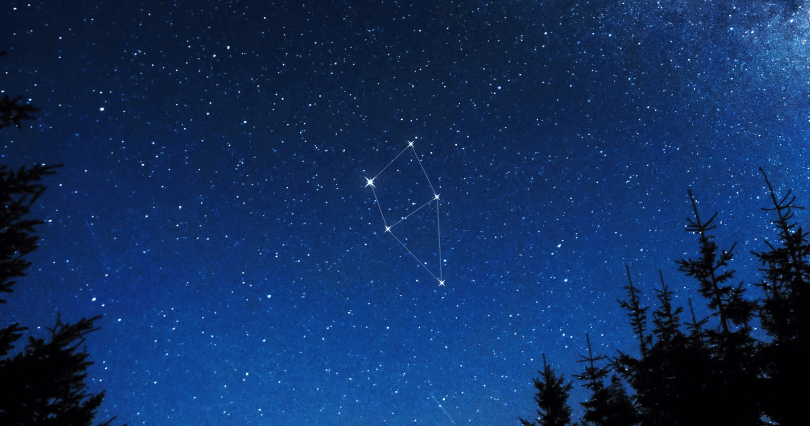 The Almagest is a compiled list of ancient 48 constellations that were spotted by Greek-Egyptian astronomer Ptolemy in the 2nd century CE. Cepheus, named after Ethiopian King, is one of the northern constellations among them. Today it is also recognized by IAU and listed as one of 88 modern constellations in the night sky.

Bordered constellations are Camelopardalis, Cassiopeia, Cygnus, Draco, Lacerta, and Ursa Minor. Cepheus was known in history, not only for being the mythical king of Ethiopia but for being connected with Andromeda and Cassiopeia. Cepheus is the 27th largest constellation and located in the fourth quadrant of the northern hemisphere.

How to spot Cepheus constellation?

Cepheus constellation contains only one bright star Alderamin - Alpha Cephei, but seven major stars. Alpha Cephei, is located about 48 light-years away and signifies ‘the right arm’ in Arabic. You can easily spot this circumpolar constellation of the northern hemisphere during the month of November. Alderamin periodically comes within 3 degrees of being a pole star. Part of the constellation is also a Garnet Star, one of the largest known stars in the Milky Way.

Cepheus has only one star with known planets and contains no Messier objects. The brightest star is Alderamin or Alpha Cephei. There are no meteor showers that are connected with this constellation.

Cepheus belongs to the Perseus family of constellations, along with Andromeda, Auriga, Cassiopeia, Cetus, Lacerta, Pegasus, Perseus, and Triangulum.

Mythology of the Cepheus Constellation

The story of Cepheus is a story of an Ethiopian King Cepheus, who was married to very vain women Cassiopeia. They had a daughter Andromeda. Cassiopeia was very beautiful but super jealous of every other woman on the planet, especially the nymphs of the Sea God Poseidon. She declared that both she and her daughter are the most beautiful women on the planet, and that was a direct war declaration with Poseidon. He decided to send a sea monster, disguised as the whale, to destroy their kingdom.  The sea monster Cetus was on its way to kill all of them. Cepheus turned to an oracle for advice on how to prevent the tragedy and received a message he was not very fond of. He sacrificed his daughter Andromeda, by chaining her to the rock and giving her to the Cetus. Luckily, the hero Perseus just happened to pass by, once he spotted chained princess and he quickly rescued her and killed the monster. Perseus was the greatest Greek hero and monster killer before Heracles arrived. Later, he married Andromeda but ran into difficulties since Phineus claimed to be the promised husband for Andromeda. There was a fight between then, and Perseus tried to fight all his opponents and had to look for some kind of a weapon to fight his enemies. He used ahead of Gorgona Medusa, who had the ability to turn everyone who looks at her into cold stone. Unfortunately, during that fight, the king and queen accidentally turned into stone by looking at it. All of the story characters were later on placed on the sky and honored due to this tragedy.