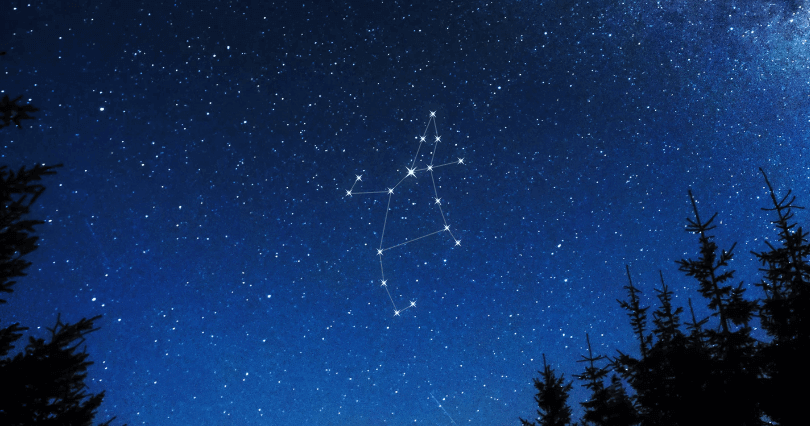 Perseus is an ancient Greek hero who was known for defeating Medusa. The famous star Algol that is contained in this constellation is actually the head of Medusa, that Perseus has cut off. The star is very bright and reddish.
Perseus is located in the Milky Way, and it lies between Giraffe, Aries, Cassiopeia, Triangle and Charioteer constellations.

Perseus constellation is positioned in the northern sky. This is one of the larger constellations that lie next to Andromeda. Ptolemy was to one to spot it in 2nd century CE, and it is now acknowledged by IAU and listed as one of 88 modern constellations.

How to spot Perseus constellation?

Perseus is circumpolar which means that it is visible to all observers throughout the year. The best time to look for it is when the sky is bright and night starry during winter and springtime.

Perseus is the 24th largest constellation in the night sky and it lies in the first quadrant of the northern hemisphere. It could be seen throughout the year between +90° and -35°. Perseus is bordered by Andromeda, Aries, Auriga, Camelopardalis, Cassiopeia, Taurus and Triangulum.

The brightest star of this constellation is Algol, but Perseus is actually most famous for its annual meteor shower Perseid. This constellation also contains notable deep-sky objects, such as] Messier 34, the Double Cluster, the California Nebula (NGC 1499) and the Little Dumbbell Nebula (Messier 76).

Perseus belongs to the Perseus family of constellations, along with Andromeda, Auriga, Cassiopeia, Cepheus, Cetus, Lacerta, Pegasus, and Triangulum.

Mythology of the Perseus constellation

The story of this constellation is associated with Greek hero Perseus. He was the son of Queen Danae, and the grandson of King Acrisius, ruler of Argos. The oracle told the king that he will be killed by Perseus, and the King decided to capture his daughter in a dungeon. Zeus fell in love with her, and since it was not able to reach out to her, he disguised in golden rain. She became pregnant once the rain felt into her lap. King was super mad and thrown them both to the see, but Zeus managed to save both of them. They landed on island Seriphos. Later on, Danae was forced to be married, and Perseus did the best he could to prevent that and to save his mother. One time he even promised his foster father the head of Gorgona Medusa. King believed this won’t be possible since she had the ability to turn every man to stone but still decided to let Perseus go.
Athena, who was actually responsible for turning Medusa into a monster, provided the Hero with the necessary tools so he could easily kill her. On his way home, he accidentally saw a young virgin, tied to a rock in the sea. He noticed some kind of other monster swimming toward her, and run as fast as possible to stop that. Andromeda was rescued and she, later on, became his wife.  Perseus and Andromeda lie next to each other in the sky, with her parents king Cepheus and Queen Cassiopeia and the defeated sea monster Cetus. Due to its connection to several different myths in Greek history, Perseus is also placed by Pegasus, a white-winged horse that happens to be his fellow companion.