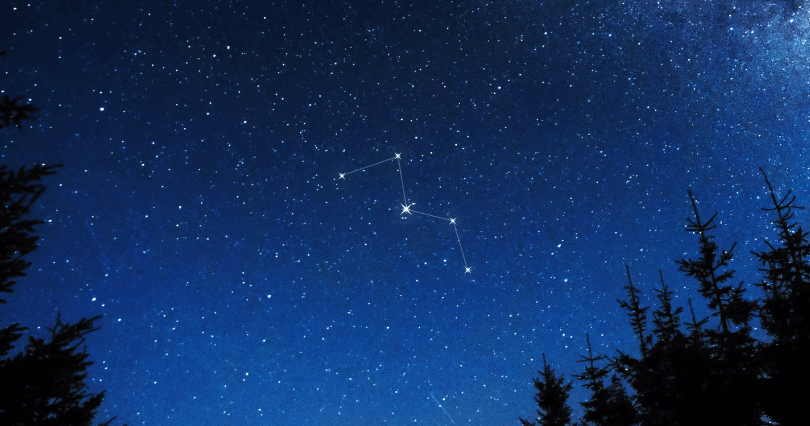 One of the most famous constellations, that has been discovered by Ptolemy in the 2nd century CE is definitely Cassiopeia. It is located in the northern hemisphere and named by a boastful Greek queen. Due to its distinctive shape and closeness to Ursa Major, Cassiopeia is easy to find. This is the 25th largest constellation in the night sky. It is now one of the 88 modern constellations recognized by the IAU.

How to find Cassiopeia constellation?

You can easily find Cassiopeia in the sky because of its distinctive W shape. She was discovered a long time ago along with all other constellations in the Perseus family. Her exact location is in the northern sky opposite of Ursa Major, and it is bordered by Andromeda, Perseus, Lacerta, Cepheus, and Camelopardalis. The best time to see it in the bright sky is during November in the northern hemisphere.

Major stars in this constellation

This constellation is shaped in the letter W from its five bright stars: Epsilon, Delta, Gamma, Alpha, and Beta Cassiopeiae.

Cassiopeia belongs to the Perseus family of constellations, along with Andromeda, Auriga, Cepheus, Cetus, Lacerta, Pegasus, Perseus, and Triangulum.

Mythology of the Cassiopeia Constellation

In Greek mythology, Cassiopeia was the wife of King Cepheus. She was very beautiful, stubborn and full of pride. Her biggest obsession was to become the most beautiful woman in the world, and she was super jealous of Nereid’s nymphs. There were 50 of the nymphs, and they all were daughters of the Titan Nereus. Their ruler was Poseidon, a Sea god, and Cassiopeia’s biggest rival. Once she self-declared that both she and her daughter Andromeda are the most beautiful women in the world, nymphs gone mad and asked for Poseidon to punish Cassiopeia for her boastfulness. The God of Sea sent Cetus (a whale) to punish the other king and queen, and in order to save his kingdom, Cepheus asked for help from the Oracle. The message that has been given to him was to sacrifice Andromeda in order to keep the Kingdom, and he chained her to the rock and give her to the sea monster Poseidon has sent. The Greek hero Perseus happened to be passing by and he rescued Andromeda from the monster. They were later married, and one of her past lovers Phineus declared their marriage by telling the guest she was promised to him before.

Phineus and Perseus got into a fight, and Phineus used the head of Gorgona Medusa to defeat his opponent. Perseus was the greatest Greek hero and monster killer before Heracles arrived. The newlyweds had nine children together and founded the kingdom of Mycenae.

Later on, Poseidon places both Cepheus and Cassiopeia in the sky, and Athena did the same for Perseus and Andromeda, so they can all be together.