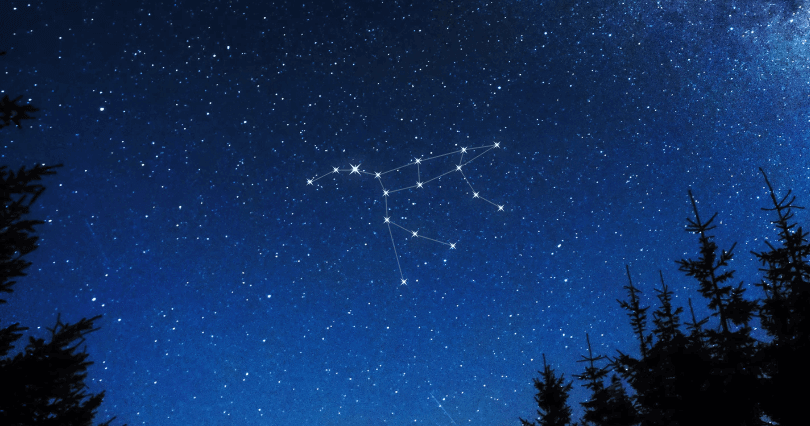 Ursa Major is one of the oldest and most recognized constellations. It was spotted by Ptolemy at first and part of his 48 known constellations list. This constellation was mentioned in the Bible and depicted by Vincent Van Gogh. Her name is Latin for the Great bear, due to its connection with the bear animal from Greek mythology. The Great bear is formed by asterisms of many recognized stars.

Ursa Major constellation lies in the northern sky and signifies the Large, Great Bear. The smaller one is Ursa Minor. Big Bear is actually the largest northern constellation and the third largest one in the night sky. The brightest stars of this constellation form an asterism that is known as the Big Dipper. Ancient cultures used Ursa Major for navigation as it points to the North Star.

In Greek mythology, Ursa Major is mostly associated with nymph Callisto, who was turned into a bear by jealous Hera.

How to spot Ursa Major constellation

Ursa Major is one of the largest constellations in the sky and it is placed in the second quadrant of the northern hemisphere. If you want to see if set the latitudes between +90° and -30°. Ursa Major is nearby Bootes, Camelopardalis, Canes Venatici, Coma Berencies, Draco, Leo, Leo Minor, and Lynx.

You can easily spot it from everywhere around the Globe, just set the latitudes between +90° and -30°. Best time to see it is at culmination during April, both early in the morning or evening. Depending on your location, you may spot the Big Bear upside down, titled the right way.

Ursa Major rotates around the North Star and therefore it never sets below the horizon.

Ursa Major contains seven Messier objects and 13 stars with its known planets.  The brightest star of this constellation is Alioth, Epsilon Ursae Majoris. Two meteor showers are associated with it.

Mythology of the Ursa Major constellation

The constellation is linked to Greek mythology on the woman named Calisto. Once Hera, the wife of Zeus, found out about his recent crush, she became jealous and turned Calisto into a bear. Trapped inside the bearskin, it was quite impossible to recognize this woman and its beauty. That was especially the case when her son Arcas went looking for her. Arcas was a love child of the two, and in order to protect him, Zeus sends both him and his mother away. However, when Hera turned his mother into the beast, Arcas almost killed her by accident. In order to avoid tragedy, Zeus placed both of them as constellations in the sky.

Despite this Greek story, there are several cultures that are familiar with the tale of a bear, like Native Americans. In some tales, you may see that the bowl of Ursa Major signifies a large bear and the warriors that are chasing it. It is a bit reddish, and the legend says the red color is the color of the blood of the wounded bear.

Recent history believes that the Big Dipper had a major role in the Underground Railroad - it is said that its position in the sky helped the slaves to find the way up north.