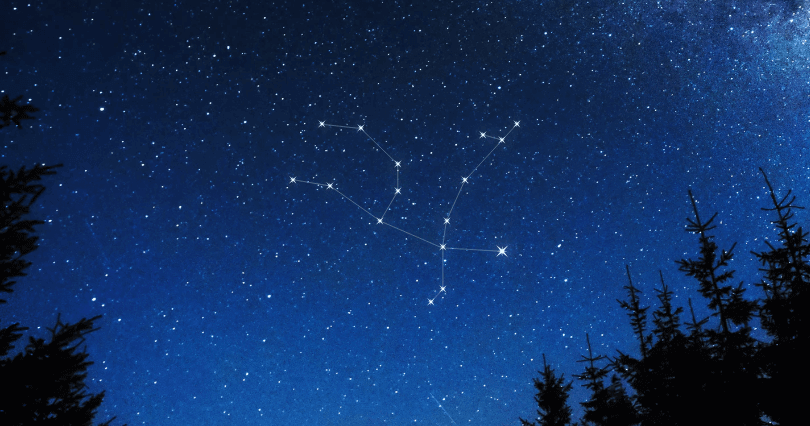 Andromeda is one of the oldest and most widely recognized constellations that shows up in the northern hemisphere and is a part of the family of Perseus, Cepheus, and Cassiopeia. This one is associated with ancient Babylonian astronomy but found by Ptolemy in the 2nd century CE (was part of then known 48 constellations). Her special feature is the Andromeda Nebula nearest spiral galaxy.

How to spot Andromeda Constellation

To find it, look for a constellation Cassiopeia in the northern part of the sky, what is shaped like letter W. Andromeda constellation is located directly next to it, and is also connected to the stars that make up the constellation Pegasus. Although Andromeda is visible to all northern hemisphere people, there is a possibility to spot it from the south of the equator.

The best time to spot it on the northern hemisphere is around 10 pm late Fall (October and November). You can also see it during winter, but due the longest night hours, the best time to look for it on the sky will be around 6 or 7 pm.

Looking for it from the southern hemisphere is also possible during October and November if you look on the northeast horizon around 10 pm. In other months, especially in December, Andromeda appears low on the north horizon, also around 10 pm, and disappears below the northwestern one in the next two to three hours.

Mythology of the Andromeda Constellation

In Greek mythology, Andromeda was the daughter of Cassiopeia and King Cepheus. Her mother believed that both she and her daughter are the most beautiful women in the world, and that made Poseidon, the Sea God extremely mad since he was married to a woman who was believed to be the most beautiful of them all. While raged, he felt the urge to send a sea monster, disguised in the form of a whale to devastate their kingdom. King Cepheus seek for guidance from the Oracle and received an odd message: that he has to sacrifice Andromeda in order to prevent Poseidon and the sea monster of ruining his empire. He chained his daughter to a rock, and the sea monster named Cetus approached and tried taking here, but was interrupted by hero Perseus that saved the young virgin. Perseus destroyed the monster and took Andromeda to his wife. He was the greatest Greek hero and monster killer before Heracles arrived. The newlyweds had nine children together and founded the kingdom of Mycenae. All of the story characters are now constellation in the sky, thank Athena who placed Andromeda as a constellation in the sky in order to honor her.

This constellation is made up of several bright stars and is the 19th largest constellation in the sky. The first is a massive star system named Almach that is said to be 80 times bigger than our sun. The second is Mirach, 200 light-years away from Earth. Next one we have Alpheratz which is a part Pegasus constellation, but the most interesting and beautiful of them all is definitely Nebula, also know and Andromeda Galaxy, located 2.7 million light-years away.