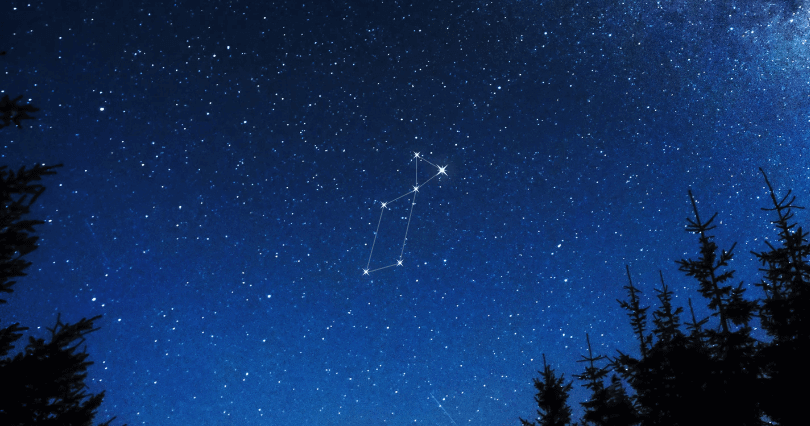 Lyra represents the lyre which is a musical instrument with strings, used mostly in ancient times. That is why its story has a lot to do with Greek poet and musician Orpheus. Lyra was first spotted in the 2nd century CE by Greek astronomer Ptolemy. Lyra stands for Orpheus’s musical instrument. He was quite known Greek poet and musician who was later on killed by the Bacchantes. His instrument was thrown into a river after he died, but Zeus sent an eagle to get both lyre and Orpheus out and decided to honor them by placing them into the sky.

How to spot Lyra Constellation

Lyra 52nd constellation in the sky and it lies in the fourth quadrant of the northern hemisphere. You can see it at latitudes between +90° and -40°.

Vega is the one who helps navigate the constellation Lyra. The constellation is located between Draco, Hercules, Cygnus, and Vulpecula. The best time period to see it is in summer and autumn bright and starry nights.

Its brightest star is Vega, and this is also the second brightest one in the northern hemisphere and the fifth in size in the sky.  Lyra also contains several notable deep sky objects, like globular cluster Messier 56, the planetary nebula Messier 57 (the Ring Nebula), the merging triplet of galaxies NGC 6745, and the open cluster NGC 6791.

Lyra has two Messier objects – Messier 56 (M56, NGC 6779) and Messier 57 (M57, NGC 6720, Ring Nebula), with nine stars with known planets. The brightest one is Vega and there are three meteor showers that are associated with the constellation: the Lyrids, in April,  Lyrids in the month of June Lyrids and the Alpha Lyrids, that doesn’t happen every year like the first two.

Mythology of the Lyra constellation

Orpheus was the son of the muse and the Thracian King Oeagrus. When young he was gifted from the god Apollo with a golden lyre. Apollo thought him how to play the instrument, and his mother learned him how to write verses. Orpheus was charismatic and had the ability to charm cold-hearted people with his music. He was the harpist of Jason and the Argonauts. If there hasn’t been for him, the Argonauts would not have been able to escape the Sirens who used their sexy voice to attract sailors to come to them.
Orpheus helped them by playing his music that distracted all the Sirens.

Orpheus was also known for being a world-class traveler and writer. On one of his trips, he met the nymph Eurydice, fell in love with her and they were soon to be married.
Unfortunately, she was killed on their wedding night by a poisonous snake. Desperate he seeks for the help of Underworld God Hades, who had the ability to bring her back from the Realm of the Dead. Hades imposed three conditions on him but sadly Orpheus was unable to do that because the music distracted him. He died right after that lonely with a broken heart, and in order to honor him, Zeus placed the lyre in the night sky.