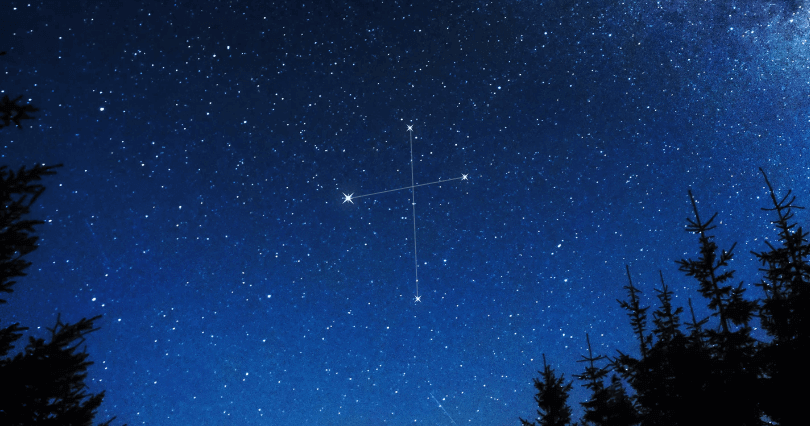 The crux is one of the smallest constellations in the night sky located in the southern hemisphere. The crux is Latin for ‘the cross’ and ancient Greeks believed it was part of Centaurus constellation. That has changed in the 17th century, and the Crux became a constellation of its own. A lot of famous astronomers or cartographers were connected with their discovery.

Mythology of the Crux constellation

Despite the fact it’s small, this is one of the most famous constellations due to its distinctive cross-shape. Crux has major importance to significant cultures like the culture of the Incas. They referred to it as “chakana’ (the stair) and the stone image of the stars was found in Peru. Maori people also have a history with it and they used the Crux for navigation. Aborigines, on the other hand, believe that both the cross and the Coalsack Nebula merged together form Emu’s head in the night sky. Although it has vivid history, Ptolemy didn’t document it in his 48 known constellations and was first cataloged in 1455. Alvise Cadamosto, an Italian navigator spotted an asterism in the southern skies and he named him ‘southern chariot’. Years later did Faras actually got the credit for this constellation discovery. In the 16th century, Crux was finally depicted as a separate constellation and its name means cross due to its distinctive shape.

At first, it was believed that Crux belonged to Centaurus, but after its stars were gradually lowered below the horizon, this connection between the two was already forgotten.  Crux’s first chart appearance was on maps of Plancius and Hondius at the beginning of the 17th century. Amerigo Vespuci was one of the first-ever to spot the Crux.

A major star in Crux constellation

Crux or Southern Cross is, although one of the smallest, one of the best-known constellations in the world due its shape. The cross shape is formed by the 5 bright stars an asterism. Crux constellation is linked to many notable mythology stories and cultures, and it has special importance to the cultures that populated Australia and New Zealand.

Crux never sets below the horizon, and that means that you can’t spot it north of +20° in the northern hemisphere. This is a circumpolar south constellation and it lies right opposite Cassiopeia constellation.

Crux has just one star with known planets and has no Messier objects in it. It is linked to only one meteor shower named the Crudis. The brightest star in the constellation is Acrux, Alpha Crucis.

How to spot Crux constellation?

Crux is 88th constellation in size in the night sky and it lies in third quadrant of the southern hemisphere. The constellation is best visible at latitudes between +20° and -90°.