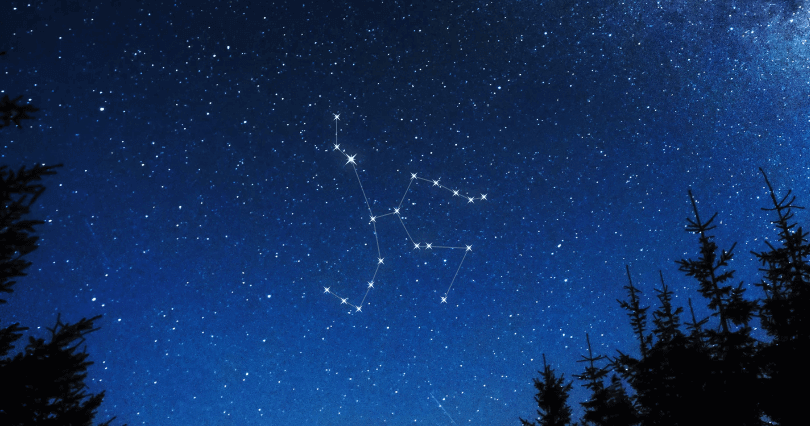 How to spot Hercules Constellation?

Hercules is the fifth largest constellation in the sky and it lies in the third quadrant of the northern hemisphere. The constellation is bordered by constellations are Aquila, Boötes, Corona Borealis, Draco, Lyra, Ophiuchus, Sagitta, Serpens Caput, and Vulpecula.

His head is represented by the star Ras Algethi – Alpha Herculis, and a prominent asterism The Keystone marks his torso. The Keystone asterism is formed by 4 bright stars – Epsilon, Zeta, Pi, and Eta Herculis. His one foot is on the head of another constellation Draco – a mythical creature he killed due to filling his 12 labors mission.

Although this is one of the largest constellations in the sky it is not particularly noticeable, since only three of its stars due it’s brightness magnitude. It is best seen during the month of July if you spot Draco, Sagitta or Aquila that are surrounding it. sky.

Because the constellation of Hercules has no bright stars, it is often difficult to navigate it.

Notable objects in Hercules are Great Globular Cluster (Messier 13), the globular cluster Messier 92, the planetary nebulae Abell 39 and NGC 6210, the Hercules Cluster of galaxies, and the galaxy cluster Abell 2199. The brightest star in the constellation is Kornephoros, Beta Herculis and there is only meteor shower associated with the constellation.

Mythology of the Hercules constellation

Hercules was considered the great Greek and Roman hero. According to the legend, he was an immortal son of Greek God Zeus and Alcmene. When Hera, who was the wife of Zeus, found out he has another child, she tried to kill the baby by placing two poisonous snakes in his cradle. In order to protect him, Zeus gives him immortality by placing him on Hera’s breast while she was asleep. Thanks to divine milk he became immortal. Hera did her best to make his life hard and unbearable and ordered him to kill his children. He was not even aware of that, and after she took the madness away, he went to Delphi oracle to free himself for the guilt she has caused. Oracle told him to serve for 12 years to king Eurysteus who was a close friend to Queen Hera. The king gave him 12 unsolvable tasks to fulfill in order to be released from the guilt and pain. In that period of 12 years, he has received his name, which means ‘the glory of Hera’. Tasks were known as Labours of Heracles. The first one was to kill a Nemean lion which is represented by the constellation Leo. The second one was to destroy the Hydra, a monster with multiple heads now represented as Hydra constellation. The last two tasks were the most difficult ones: to steel golden apples from Hera’s garden and to fetch Cerberus on the gates to the Underworld. When he completed his mission he married Deaneira. Later on, Zeus placed Heracles in the sky as the constellation now known by its Roman name, Hercules.