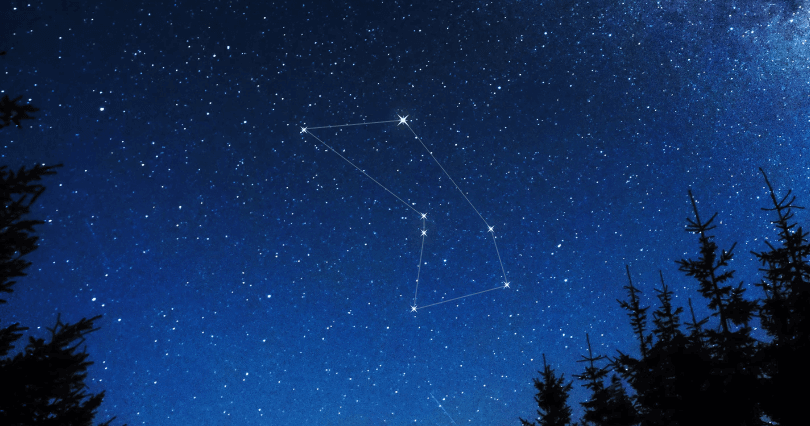 Ara or Altar constellation is constellation in the southern hemisphere that was spotted by Ptolemy in the 2nd century CE and crossed by the Milky Way.  The brightest star is Alpha Arae, and best to spot both these stars and constellation is at bright and clear summer nights. You can easily find it since it is shaped in the form of the letter H, and it lies next to Scorpius, Norma, Triangulum Australe, and Telescopium constellations.

The first notable tray on this constellation dates back in the 3rd century BC and was referred to as ‘incense altar’. Its visibility was used as a warning of sea storms. Long ago after that Ara was linked to Centaurus constellation, but finally managed to get its own recognition in the IAU list of modern constellations.

Ara is normally depicted as upside down and there are stories where the altar linked to it is actually the altar of Kyng Lycaon of Arcadia. Ara constellation contains a part of the Milky Way to the south of Zodiac Constellation Scorpius. Brightest stars are Alpha and Beta Arae.

Her name signifies a Greek altar used that was ceremonially used by Zeus and other Gods. Gods used it to swear a vow of allegiance right before they went into rivalry with Cronus and the Titans. The legend says that this altar was built by Cyclopes as a place to sacrifice the Gods of Olympus. The myth of Lupus and Centaurus is also connected with this altar.

How to spot Ara constellation?

Ara is 63rd constellation in the world and it is placed in the third quadrant of the southern hemisphere. If you are interested in seeing it just look for H shaped constellation at latitudes between +25° and -90°.

Ara is best visible during July in the southern hemisphere at latitudes between +25° and -90°.
Its notable stars form an asterism in the shape of the letter H and thanks to that you can easily spot it in the sky

Ara has seven stars with known exoplanets and does not contain any Messier objects. There are no meteor showers linked to this constellation. A few notable sky objects are part of Ara constellation: the Stringray Nebula, the open clusters Westerlund 1 (Ara Cluster) and NGC 6193, the globular clusters NGC 6397, NGC 6352 and NGC 6362, the barred spiral galaxy NGC 6300, the planetary nebula NGC 6326 and the pre-planetary Water Lily Nebula.

Mythology of the Ara Constellation

There are several stories that are connected with Ara constellation. The most popular one is a story of the altar that was used by Zeus and other Gods. They’ve vowed on it before they went to battle the Titans and Cronus (Cronus was actually one of the 12 Titans and the father of Zeus).
Cronus had deposed his father Uranus who was the previous ruler of the Kingdom.

In that time, a specific prophecy was quite popular – prediction of his death in the same way Uranus died – by a child of his own. To avoid it, Cronus swallowed all of his children including Hades, Hera, Poseidon, and many others. The only child he couldn’t eat was Zeus. Rhea tricked Cronus and placed a rock to his mouth and told him that was actually his new baby boy Zeus.

When Zeus grows older he made Cronus vomit his brothers and sisters. Once they were set free, they took an oath with Zeus that they will defeat Cronus and the Titans. The war lasted a decade and the Gods took the victory in it. Zeus was the God of the Sky and his brothers and sisters became Gods of Underworld, Sea, Beauty…
Zeus wanted to pay respect to the altar and had placed him among the stars.

Another version of the story says that Ara is actually the altar of Lycaon, Arcadian King. He decided to test Zeus by serving him with his own child for a meal. That was only one of his attempts to defeat Zeus. On the other hand, Zeus was pissed and he transformed the King into a wolf and killed all of his sons with lightning bolts.