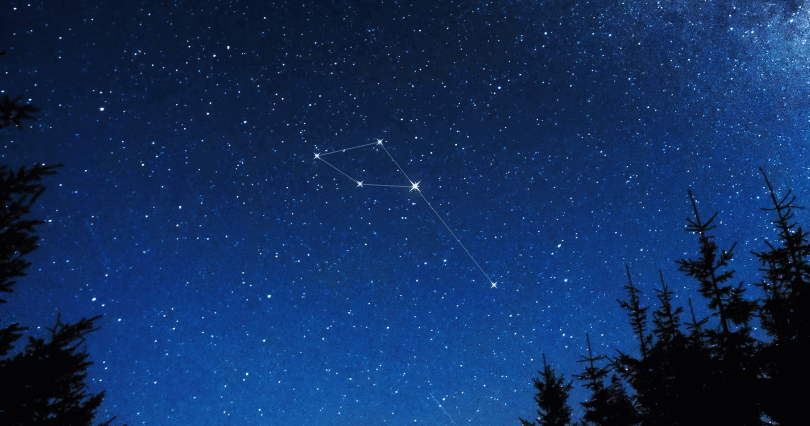 Delphinus is a small constellation of the northern hemisphere, spotted by Greek astronomer Ptolemy in 2nd century CE. Later on, it has become the part of 88 modern constellations listed by IAU. Delphinus is a Latin name for a dolphin animal. The brightest stars of the Dolphin are Sualocin and Rotanev which when read backwards spells the name of Italian astronomer Niccolò Cacciatore, who introduced the star names in 1814. to the star catalogue. He is the only astronomer immortalized in the sky. Delphinus is a story of a dolphin that was sent by Poseidon to find Amphitrite he wanted to marry. Another myth is associated with Arion, a famous musician from antique Greece.

How to spot Delphinus Constellation?

The 69th constellation in size that lies in the fourth quadrant of the northern hemisphere, can be seen best during fall. Neighbour constellations are Vulpecla, Aquarius and Sagitta. Delphinus constellation is located northwest of the star Altair that belongs to Aquila constellation. Once you “see” Delphinus, it looks like an image of a small dolphin leaping from the waters of the Milky Way.

Major stars in the Delphinus Constellation

Several interesting night sky objects are part of the Delphinus: the globular clusters NGC 6934 and NGC 7006 and the planetary nebulae NGC 6891 and NGC 6905 that are known as ‘Blue Flash Nebula’. This constellation consists of 5 stars with known planets, and the brightest one of them all is Rotanev (Beta Delphini).

Mythology of the Delphinus Constellation

There are two different versions of the myth associated with Delphinus constellation.

The first one is connected with Poseidon, God of Sea and young Amphitrite. He fell in love with her and wanted to marry her. She wasn’t interested, but that didn’t stop Poseidon to try convincing her, and he sent her a bunch of messages to persuade her. It was hard to find her since she belonged to the Nereids who lived in the silvery caves of the deep. One of the times he disguised as a dolphin and in time gain her trust. All his other attempts to find her were hopeless, but she became very fond of the Dolphin.  The two were married later on and Poseidon decided to honor the dolphin by placing his image among the stars.

The second story is about famous musician Arion, who was born on the Lesbos island and has a lyre skill that made him quite famous in ancient Greek. He traveled around the globe to give concerts and he had a lot of money. One time he was trapped by the sailors who wanted to rob him and throw him in the water. He cleverly convinced them to sing one last song before his execution.  They throw him in the water, but that didn’t stop Arion to start singing and his song quickly attracted the dolphin which came to his rescue. The dolphins brought him safely on shore, and he reported the sailor after that and the justice was served. Apollo placed the dolphins next to Lyra constellation in the sky, so they can be honored, and the Lyra actually signifies the Arion’s musical instrument that helped him escape tragic death.