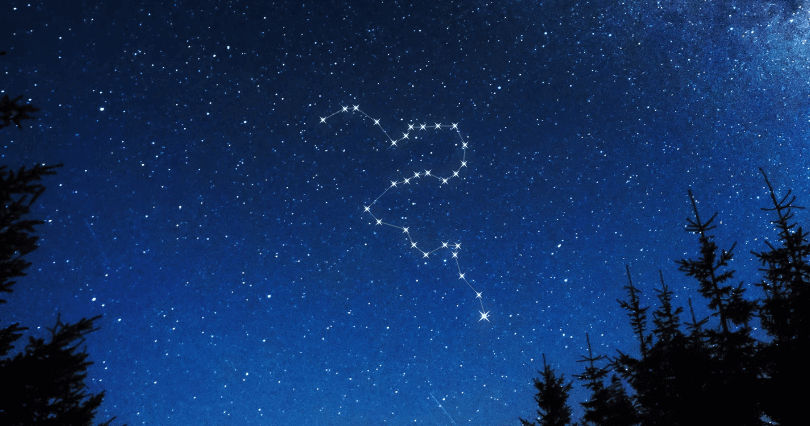 Eridanus is one of the largest constellations in the southern sky. This is a fainted constellation and most of its contain stars reach 4th and 5th magnitude. Eridanus is located between Orion, Cetus, Fornax and Taurus constellations, and could easily be seen to all observers from all the places in the world, but the best time to see it is during culmination in winter months. This constellation is associated with the mythical river in which the son of Helios named Eridanus died. The river is now known as river Po in Italy. By this story, we can easily conclude that it represents the celestial river, and in Sanskrit, Eridanus is called srotaswini, which could be translated to mean “stream,” “current,” or “torrent.” Constellation was first introduced in the 2nd century by famous Greek astronomer Ptolemy and is associated with the Greek myth of Phaëton. Eridanus is often depicted as a river that is flowing from the waters poured by the constellation of Aquarius. Eridanus is now officially accepted and recognized by IAU and listed in its 88 modern constellations list.

How to find Eridanus constellation in the night sky?

Eridanus is the 6th largest constellation in the night sky, and it is set in the first quadrant of the southern hemisphere. The constellation is visible to all observers at latitudes between +32° and -90°. Eridanus is located nearby Caelum, Cetus, Fornax, Horologium, Hydrus, Lepus, Orion, Phoenix, Taurus and Tucana constellations.

Eridanus is a member of the Heavenly Waters family of constellations, along with these constellations: Carina, Vela, Columba, Delphinus, Piscis Austrinus, Puppis, Equuleus, and Pyxis.

Eridanus constellation is home to 7 notable stars with confirmed planets. There aren’t any Messier objects or meteor showers connected to it. It contains several notable deep sky objects and stars like its brightest star Achernar, the largest void known – the Eridanus Supervoid, the Witch Head Nebula, the star Epsilon Eridani and the Eridanus Group of Galaxies. Its brightest star is the 9th brightest in the night sky – Achernar.

Mythology of the Eridanus Constellation

In ancient Greece, the Eridanus constellation is associated with the story of Phaëton. He was the son of Helios, God of Sun and the Oceanid Clymene. Phaëton wanted to drive the chariot of his father across the whole sky. Once he finally got his dad’s permission, he mounted the chariot and horses leaving the white track behind. He left the track so his father is sure where is Eridanus. Since Eridanus was a bad driver, he couldn’t control the horses and the reins slipped from his hands. He landed on Earth and caught fire (this is a story of how Libra became a dessert, and Ethiopian people got black skin after the seas dried). Zeus intervened to prevent the disaster, and he struck the driver and his chariot down with his thunderbolt. Phaëton’s hair caught on fire at that moment and he leaped from the chariot and fell into the river Eridanus. Helios was in pain and didn’t want to ride his chariot days after the incident happened. His sisters found him in the river and decided to name the river after their brother. Out of sadness, they turned themselves into trees that are located around the river, so they could protect their brother for eternity.