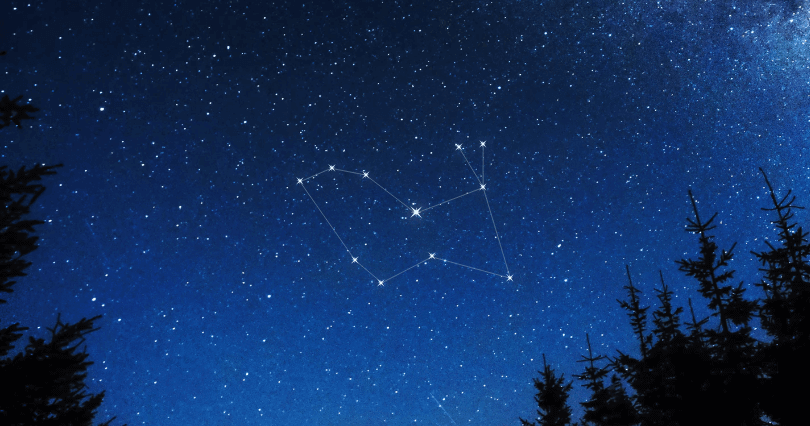 Lepus constellation is northern sky constellation located just under the feet of the Orion. Its name is Latin and it means ‘the hare’. Lepus is 51st constellation in size and it lies in the second quadrant of the northern hemisphere. The constellation is bordered by constellations Caelum, Canis Major, Monoceros, Orion, Columba, and Eridanos. It is visible to all observers at latitudes between +63° and -90°.  Lepus has no Greek mythology related story on its own but is connected to the myths of Orion and his hunting dogs.

How to see Lepus constellation

Lepus is easily spotted to all viewers at latitudes between +63° and -90°. The best time to see is around culmination during the early winter months, especially January.

Mythology of the Lepus Constellation

Lepus was not familiar to both Greek and Romans and therefore has no association with any particular mythological tail. Due to its location, it is believed that the Lepus could be linked to the story of Orion or by his hunting dogs, who are represented on the night sky bu Canis Major constellation. Lepus was first spotted by famous Greek astronomer Ptolemy in the 2nd century CE, and it is now widely accepted and acknowledged thanks to the IAU who included Lepus in 88 modern constellations list. In the story of Orion, Lepus is usually shown as a hare that is being hunted by Orion or by his hunting dogs (Canis Major). The constellation is sometimes depicted as a rabbit chased by the Orion or his dogs. In that story, there was a saying that the hare was honoured by the winged god Hermes for its speed and that is the reason why God wanted to place hare among the sky with other constellations. Egyptian were also connected with Lepus and they believed that it represented the Osiris and fertility. They were actually the ones who linked this constellation to rabbit shape.

There is one more story that is linked to this constellation – a story of the island of Leros. No hares were visible at the island until some of the visitors brought a pregnant rabbit. It is also linked to fertility and represented by the rabbit animal.

Lepus constellation is home to many notable deep sky objects like R Leporis – Hind’s Crimson Star. Leporis contains many notable objects as well: Messier 79 (NGC 1904), the irregular galaxy NGC 1821, and the Spirograph Nebula (IC 418). Lepus constellation contains one star with known planets and one Messier object. The brightest star in Lepus is Arneb or Alpha Leporis, and there are no meteor showers linked to this constellation. Lepus constellation contains only 2 bright stars and 20 stars with Bayer/Flamsteed designations.  Its major asterism is formed by 8 stars. Lepus Alpha Leporis is the brightest star of Lepus and is known to be a very old, dying star. There are no clues if the star is still expanding or has entered the process of contracting and heating up.

There is a prediction that she will be dead in a Supernova explosion. The original name of this star is Arneb, which is Greek for ‘the hare’ and is 2.200 light-years distant from the solar system. Star has a certain connection with the Kappa stars, and it is believed that they are actually the hare’s ears.

Lepus belongs to the Orion family of constellations, along with Canis Major and Canis Minor, Monoceros and Orion constellation.