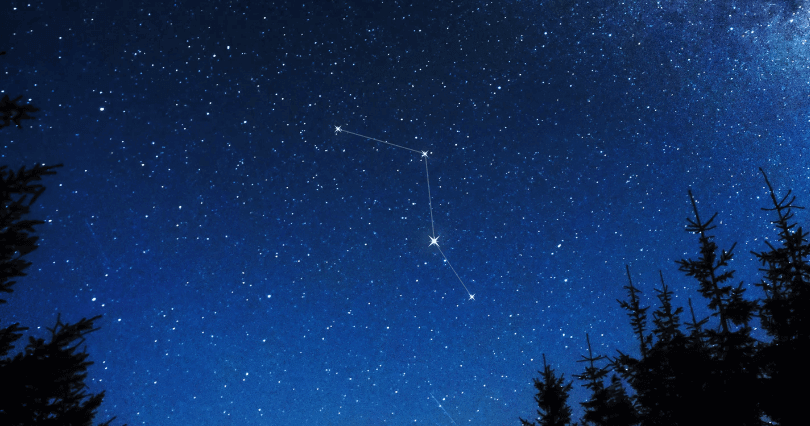 This constellation was first spotted by French astronomer Laccaille after he named some constellation in the southern hemisphere once the telescope was invented. They had not been recognized before and were linked to other known constellations. Caeleum is also not named by mythical creature or animal, and it signifies the graving tool that was used to engrave copper and steel. This helped in book printing. The name Caeleum has Latin origin and it is the word for the chisel.
Caeleum is a small constellation and its original name was Caela Sculptoris.

At first, Caelum appeared in Lacaille’s map of the southern stars in 1756. Now is recognized by IAU and is bordered by the Dorado, Pictor, Horologium, Eridanus, Lepus, and Columba constellations.

Its name in Latin is translated as ‘chisel’ – a word that could also signify ‘the heavens’.
In antique times it was said that the sky (heaven or Caelum) is rounded, that is burning and spinning at the same time. The sky is referred to as ‘caelum’ because the constellations figurines looked like an engraved vessel, or ‘caelare’.
Lacaille saw this constellation as representing “les Burins”, or the tools of a sculptor.

How to spot Caelum constellation?

Caelum is the 8th smallest constellation in the sky and is located in the first quadrant of the southern hemisphere. If you want to see it, set the latitudes between +40° and -90°.

The Caelum constellation is best seen during January, around 9 pm. This constellation occupies an area of 125 square degrees, and if you want to check it out start by picking Canopus, the brightest of Carina’s stars, and then spot the small chisel nearby east. You can’t spot it with the naked eye due to the fact it contains faded stars and only a few of them with Bayer/Flamsteed designations.

Mythology of the Caelum Constellation

There are no myths connected to the tail of this constellation since it was introduced in the 17th century.