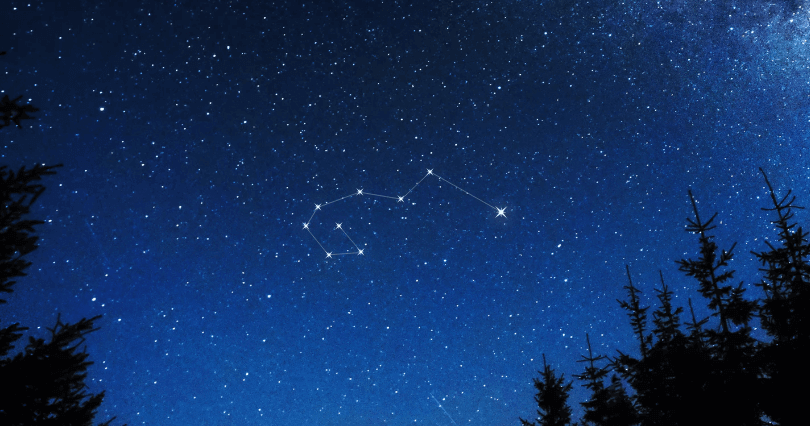 Carina constellation is located in the southern night sky and Its name is the Latin word that means “the keel” – an expression for the ship.

Carina has no mythology connected to it with the new name that has been given to her but is associated with several stories by the name ‘Argo Navis’. Argo Navis was a large southern constellation and it was connected with the ship Argo that Jason and the Argonauts used in Greek mythology. Argus the shipwright built it, and both he and his crew were taken care of by the Goddess Hera.

Argo Navis was originally created by the Greek astronomer Ptolemy, but it was Lacaille who divided it into three small constellations - Carina, Puppies, and Vela. The new constellations were added to the official list of the modern known constellations by IAU.

How to spot Carina constellation?

Carina is the 34th largest constellation in the sky and is located in the second quadrant of the southern hemisphere. If you want to check it out set the latitudes between +20° and -90°. Bordered constellations are Centaurus, Chamaeleon, Musca, Pictor, Puppis, Vela and Volans.

Carina has eight stars with known planets, and the brightest one of them is Canopus – the second brightest in the sky. There are two meteor showers associated with it: Eta and Alpha Carindis, and the constellation does not contain any Messier objects.

The Carina constellation has 9 stars and 52 Bayer/Flamsteed designated stars. The interesting fact about this constellation that it is intercepted by the Milky Way. You can spot it very easily if you just look for the famous Crux that is east of Carina. Best time to see it in March when the night is clear and bright, and also during autumn to mid-winter.

Argo Navis is an area of space between the constellations Canis Major and Crux. Carina represents the main body of Argo Navis.

Mythology of the Carina Constellation

Carina constellation is not directly associated with any myth. Argo Navis on the other hand, a large constellation it was part of, was associated with antique ship Argo. Argo was a ship on which Jason and the Argonauts sailed to Colchis to get the Golden Fleece. The ship was named after Argus who built it under Athena’s orders. He used timber from Mount Pelion to create the ship. When it was finally done, Jason and the Argonauts sailed to Colchis. Among Argonauts were many Greek gods like Heracles, Castor, Pollux, and Orpheus. Argo ship was the first ship ever to cross by the Clashing Rocks that guarded the entrance of the Black Sea. The ship stayed in one piece and once they arrived at the destination, they took the Golden Fleece from King Aeëtes and went back to Greece. Jason beached the ship after that and dedicate it to Poseidon.