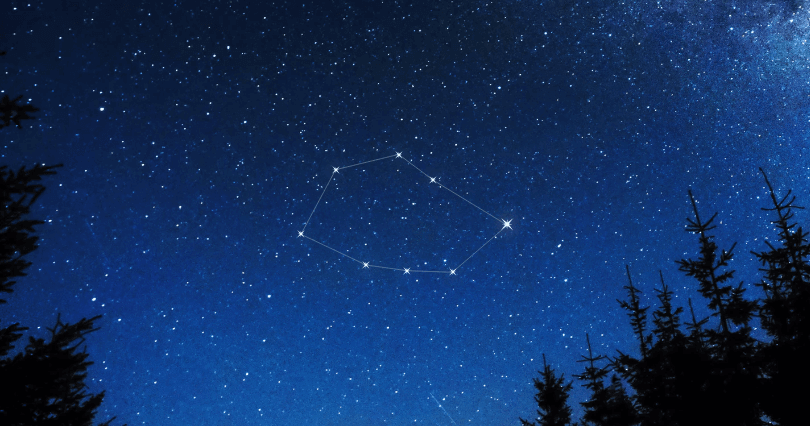 Vela constellation is one of the largest ones in the southern sky. Its name is Latin and it means ‘the sails’. It contains several notable deep sky objects and bright stars. Two of its brightest stars are often mistaken for the Southern Cross and is linked to the story of Argo Navis ship. Therefore, Vela's location is near other parts of the ship: Puppis, Carina, Antlia, and Compass. Argo Navis was a ship of Jason and the Argonauts and is connected to the story of the Golden Fleece. It was depicted and spotted in the 2nd century CE by famous Greek astronomer Ptolemy, but as part of the Argo Navis constellation. Thanks to the French astronomer de Lacaille the constellation was divided into several new ones and that is the story of how Vela constellation was created.

How to locate Vela constellation in the night sky?

Vela is the 32nd constellation in size, and it lies in the second quadrant of the southern hemisphere. The constellation is best seen to all observers at latitudes between +30° and -90°. Vela is bordered by Antlia, Pyxis, Puppis, Carina, and Centaurus.

Vela is a member of the Heavenly Waters family of constellations along with these: Carina, Columba, Delphinus, Equuleus, Eridanus, Piscis Austrinus, Puppis, and Pyxis.

Vela constellation has five stars with confirmed planets. There are 3 meteor showers linked to it (the Delta Velids, the Gamma Velids, and the Puppid-Velids) but the constellation contains no Messier objects. The brightest star in the Vela is Gamma Velorum, with a magnitude of 1.75. Vela is also home to many notable deep sky objects such as the Omicron Velorum Cluster, the Gum Nebula, the Vela Supernova Remnant, the Pencil Nebula, etc.

Mythology of the Vela Constellation

Constellation was first spotted and cataloged by Ptolemy in the 2nd century CE but as part of the larger constellation called Argo Navis. Argo Navis was an ancient ship of Jason and the Argonauts. This is the ship they used to travel to Colchis to steal the fur of the Aries – the Golden Fleece. Jason wanted to steal it so he can give it to his half-brother, and get his throne back in exchange. The fur was guarded by the dragon, and it seemed impossible to steal it, but eventually, the Argonauts managed to get it with the help of Medea, the King’s daughter. In honor, all the once involved did both Argo Navis and Golden Fleece were placed in the night sky.

The ship was named after Argus who built it. In another story, the ship helped the goddess of Athena, and after the fleet completed its mission, all of the involved were placed as constellations in the sky.

French astronomer Nicolas de Lacaille decided to divide the existing Argo Navis constellation into few smaller ones in the 18th century. The reason for that is his belief that constellation was too big, and the new orders needed to be set. Argo Navis was divided into Vela, Carina, and Puppis which represent the ship’s parts. Lacaille used only one set of letters for all of the newly created constellations, and that is why Vela contains no Alpha or Beta stars. The brightest one in this constellation is Gamma, and both former Alpha and Beta Argo Navis stars are now part of Carina constellation.