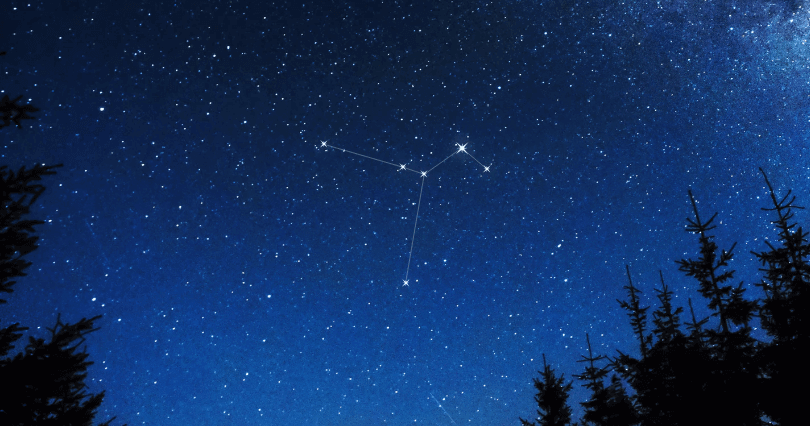 Columba is inconspicuous constellation in the southern hemisphere. The name means The Dove in Latin. The main star of this constellation is Phact. Columba is located near Lepus and Puppis and between Caelum and Canis Major constellations. The best time to view it in the night sky is around winter times. Columba constellations were part of Canis Major constellation, but Augustin Royer decided to separate the two. Later on, Peter Plancius listed Columba in his new Sky Atlas by the name ‘Columba Noachi’. The name was later shorted to just Columba, but it was always associated with the story of a dove that returned to Noah’s Ark with a green branch. The original name for this constellation was a reference to ‘Noah’s dove’ after a dove from the Bible that informed Noah about the Flood. Nowadays, Columba is included in 88 modern constellations list by the International Astronomical Union. There are several bright stars associated with Columba constellation and the brightest one is Alpha Columbae (Phact), which is located approximately 270 light-years from Earth.

Columba consists of only one bright star and 18 Bayer/Flamsteed. This constellation is easily visible to all viewers at latitudes between +45° and -90°.

Columba contains one star brighter than magnitude 3 and it is called Alpha Columbae, or Phact. The Columba constellation also has one star with a transiting planet - designated WASP-63, (spectral class G8). Notable objects in it are also the runaway star Mu Columbae, the spiral galaxy NGC 1808 and the globular cluster NGC 1851.

Columba constellation doesn’t contain any Messier objects. There are no known meteor showers that are linked to Columba.

How to see Columba constellation?

Columba is the 54th constellation and it is placed in the first quadrant of the southern hemisphere. If you want to see it set the latitudes between +45° and -90°. The best time to look for it is during winter times, especially at culmination during February.
Near Columba, you may find Caelum, Canis Major, Lepus, Pictor, and Puppis constellations.

Mythology of the Columba Constellation

Columba constellation is actually the Dove that was Noah’s messenger. When Petrus Plancius invented it, he used to stars that were behind the Argo Navis constellation. Argo was a famous ship in Greek mythology, and the two were later on split into several smaller constellations.

As the story goes, Noah’s dove was sent from the Ark to see if there is any dry land after the floods left. The dove returned to Noah after a few days, holding an olive branch which was a signal that the flood is receding. The white dove is not associated with good luck charm or a peace threat. In some versions of this story, Columba constellations is a tail of the dove that Argonauts sent to the Clashing Rocks to ensure the safe passage of their ship Argo. The brightest star in Columba is Alpha, and its name is actually Phact which is Arabic for ‘ring dove’.