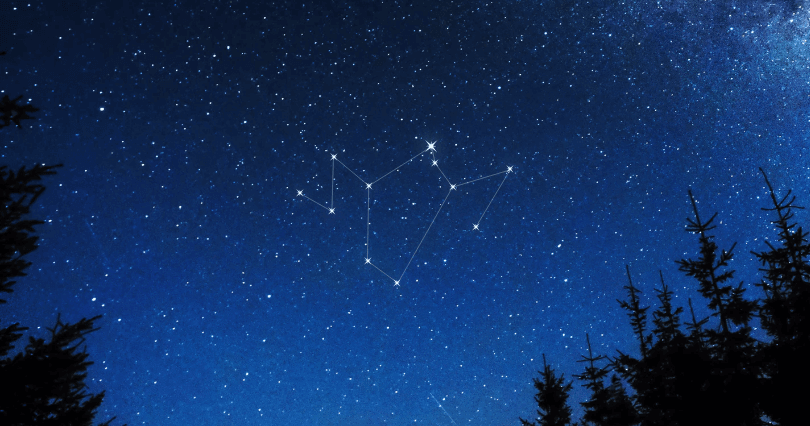 The constellation is shaped in the form of a flying bird and you can see it best around culmination at winter nights. The neighborhood constellations are Eridanus, Grus, Fornax, Sculptor and Tucana constellations.

At the end of the 16th century, a Dutch fleet went on a journey to the Spice Islands so the new trade relationships could be created. The fleet was in command of the captain Keyser, and during their journey, the positions of 135 stars were measured. Later on, they became included in the sky maps by Peter Plancius, and from this expedition, he recognized 12 new constellations. One of them was Phoenix constellation, or “Den voghel Fenicx” liked he called it. A few years after, the constellation was depicted at the Phoenix constellation in Bayman’s “Uranometria” in 1603.

How to find Phoenix constellation?

This constellation could easily be seen from South Africa and Australia during the southern hemisphere summer. Since it lies low in the sky, it is not that easy to be seen by anyone living north.

Phoenix is the 37th constellation in size, and it is set in the first quadrant of the southern hemisphere. It can be seen best at latitudes between +32° and -80°. This constellation is bordered by Tucana, Grus, Eridanus and Sculptor constellations.

Mythology of the Phoenix constellation

Bird phoenix is known to Greek mythology as the sacred bird. Long before that, it was also known to many other civilizations like Roman, Arabic, Indian, Chinese, Persian and Egyptian. The bird was depicted as an eagle with gold, red and purple feathers, and a gold tail. Metamorphoses by Ovid said that the bird could live for half of the century and when it reaches the end, the phoenix would build a nest on the top of the palm tree, then ignite it and die in the fire. The nest was built from incense and cinnamon bark, and the new bird would be born from the fire according to this legend. After the young bird becomes strong enough, it will take the nest to the temple of Hyperion, the lord of the light.

In another version of this story, the new bird will bring the ashes of the dead in a shape of an egg to the city of Heliopolis – the name of this city is translated to ‘city of the sun’ in the Greek language.