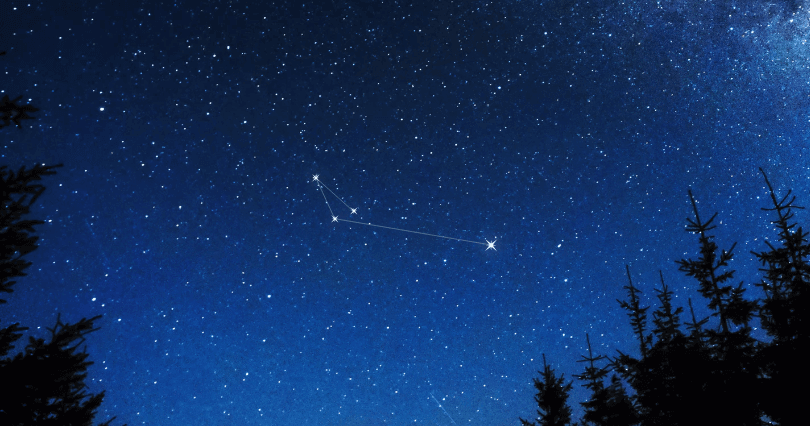 Apus constellation is a small constellation located in the southern hemisphere. The constellation represents the bird of paradise, and the name has Greek origins from word apous, which means “footless’ - at one point in history, there was a belief that birds of paradise lacked feet. No mythology tail is associated with the constellation.

Apus was invented by Petrus Plancius, a Dutch astronomer and cartographer, who was actually the first who cataloged it from the observations of two Dutch navigators.

How to spot Apus constellation?

Apus is the 67th constellation in size and it is set in the third quadrant of the southern hemisphere. You can see it at latitudes between +5° and -90°. Apus is bordered by these constellations: Ara, Chamaeleon, Circinus, Musca, Octans, Pavo and Triangulum Australe.

The best time to see Apus is during a bright summer night, and it's always best to look for it is to find one of the constellations that surround it.

Apus does not have any bright stars than the 3rd magnitude, and the brightest one is called Alpha Aphodis. This constellation has two star systems with known exoplanets: HD 131664 (G3V) and HD 134606 (G6IV). It contains two galaxies and two notable deep-sky objects, but there aren’t any Messier objects or meteor showers connected to it.

Mythology of the Apus Constellation

The name Apus has Greek origin and is linked to word apous, which means footless or no feet. Name is associated with birds who lived in Eastern Australia, Papua New Guinea, and Indonesia - it was said that these birds had no legs. The constellation was referred to as ‘Apis Indica’ at first. Apus and Musca were part of one constellation, due to translation errors, but that was quickly fixed and the two were separated. Apus is bordered by Ara, Chamaeleon, Circinus, Musca, Octans, Pavo, and Triangulum Australe.

Since this is not linked to ancient Greek, the story of Apus is connected with the 16th century. At the end of the 16th century, a Dutch fleet was sent to the Spice Islands. They were on a mission to create new trade relationships. During the journey, the position of 135 stars was measured and they were later added on Plancius sky maps. When he added them he noticed there are 12 new constellations, and Apus was one of them. Apus was first referred to as ‘De Paradis Voghel’, then ‘Apis Indica’ and finally Apus.  From there, he recognized twelve new constellations, including "De Paradijs Voghel ". A few years later, the constellation was recorded as "Apis Indica" in the new Sky Atlas. Translated it means "Indian Bee" - a mistake by the engraver probably caused the deceptive designation of the constellation, because "Avis Indica" (Indian Bird) would have been a more appropriate name. To avoid misunderstandings, the Bird of Paradise was later called "Apus" and the Fly, which was actually called "Apes", was given the Latin name "Musca". In 1922, Apus was included by the International Astronomical Union in the list of 88 modern constellations.