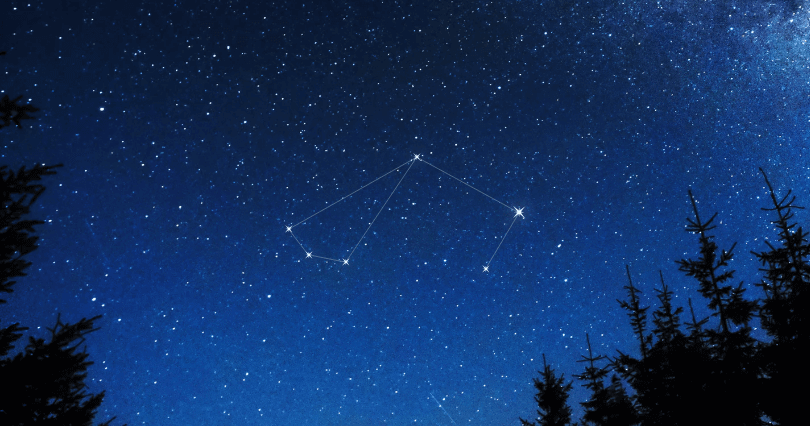 Tucana constellation, or the Toucan, is fainted constellation in the southern sky. It is famous for the galaxy of the Magellanic Cloud that could be found in it, but it contains no stars brighter than the 3rd magnitude. The neighborhood constellations are Grus, Hydrus, Indus and Phoenix constellations and you can see it best during culmination in winter months. This constellation was not known to Ptolemy and was first introduced by Peter Plancius in his sky maps. The story of this constellation is linked to the Dutch fleet from the 16th century and their mission to the legendary Spice Islands. It was named after the exotic bird Toucan who lives in tropical and sub-tropical regions.

How to find Tucana constellation in the night sky?

Tucana constellation is the 48th constellation in size, and it is located in the first quadrant of the southern hemisphere. The constellation is visible to all observers and could be seen during culmination in winter months at latitudes between +25° and -90°. Tucana is bordered by Eridanus, Grus, Hydrus, Indus, Octans and Phoenix constellations.

Tucana constellation is a member of the Johann Bayer family of constellations, along with Apus, Chamaeleon, Dorado, Grus, Hydrus, Indus, Musca, Pavo, Volans and Phoenix constellations.

Tucana constellation contains only 3 stars with its confirmed planets. There aren’t any Messier objects linked to is, but it is home of several notable deep-sky objects like the Small Magellanic Cloud, the Tucana Dwarf Galaxy, and the globular cluster 47 Tucanae. There aren’t any meteor showers connected to it also. Alpha Tucanae is the brightest star in the constellation with the magnitude of 2.86. The star is 200 light-years distant from the Sun, and this is a spectroscopic binary system.

Mythology of the Tucana Constellation

Tucana constellation was not known to either Greeks or Romans and therefore has no links to any myths or tails form ancient times in particular. The constellation was not a part of Ptolemy’s then-known list of 48 constellations and the reason for that is because this is a fainted, southern hemisphere constellation, that is not very visible to all observers in the northern one. It was named after the exotic bird Toucan who lives in tropical and sub-tropical regions. At first, it was depicted by two Dutch navigators and right after that presented in Plancius’ sky maps at the end of the 16th century. The story of its discovery is connected to the legendary Dutch fleet journey to the Spice Island. The ship was under Captain Keyser’s command and they went on a mission so the new trade relationships could be created. During their journey, the position of 135 stars was measured. Some of them were never cataloged or depicted before, and these documents helped Peter Plancius recognize 12 new southern hemisphere constellations. One of them was Tucana constellation, who he named after the exotic bird that was seen during that journey. Johann Bayer kept the name Plancius gave the constellation in his “Uranometria”, but de Houtman renamed it to ‘Den Indiaenschen Exster, op Indies Lang ghenaemt’, which means “the Indian magpie, named Lang in the Indies,” in his official catalog. He was actually referring to another bird, but in the end, the name Tucana was more used, and de Houtman’s name was soon to be forgotten.