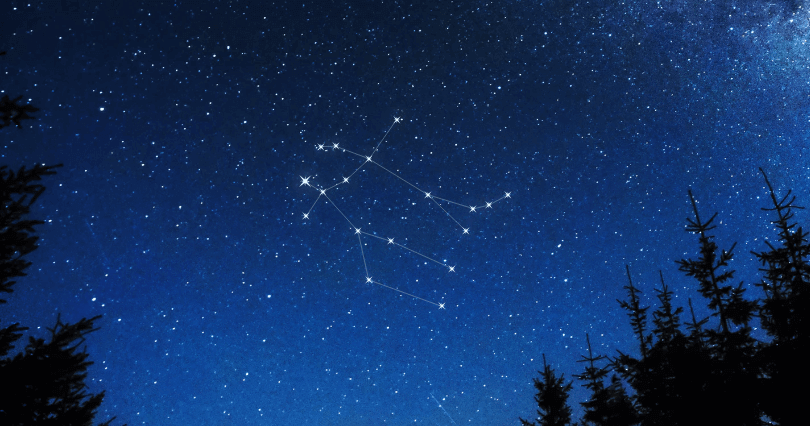 Gemini constellation is easy to find the constellation in the northern hemisphere. Its name is Latin and could be translated to ‘The Twins’. Gemini, therefore, contains two bright stars, associated with the Greek myth of brothers Castor and Pollux. The constellation was introduced in 2nd century CE, by famous Greek astronomer Ptolemy, and it is a member of the Zodiac constellations family. The constellation’s symbol is ♊, and the Twins are in ancient Greece known as the Dioscuri. Gemini is now officially recognized and listed as one of the 88 modern constellations by the International Astronomical Union.

How to find Gemini constellation in the night sky?

Mythology of the Gemini Constellation

Gemini constellation is associated with the twins Castor and Pollux from Greek mythology. They are the son of Zeus, known as the Dioscuri. In some versions of this story, only one brother (Pollux) was a son of God, and the other one Castor was the son of the mortal Kind of Sparta, and therefore the mortal brother. Their mother was Queen Leda of Sparta. Zeus disguised in the swan and raped the Queen (this story is linked to constellation Cygnus) and she became pregnant, bearing two children – Helen of Troy and Polydeuces. Later on, she became pregnant with Castor and Clytemnestra, and their father was the King of Sparta, and therefore these were known as her mortal children.

Castor and Pollux were very close growing up – the first one was a horseman and fencer, and the other one was known for his boxing skills. The two were Argonauts and part of the Golden Fleece expedition. They were included in several important missions. Zeus placed both of them in the night sky as part of Gemini constellation, and the two brightest stars – Alpha and Beta Geminorum mark the heads of the twins.

In other versions of this story, Gemini constellation associates the two stars not with Castor and Pollux, but with Apollo and Heracles, two brothers and sons of the Zeus.