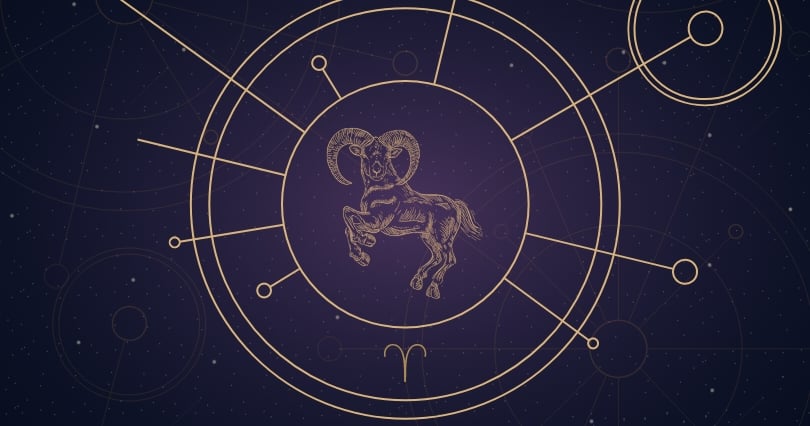 Aries belongs to fire signs in astrology and is ruled by the planet of fire Mars. Aries people are pioneers, energized, stubborn and individual souls. Aries season is occurring from March 21st to April 20th, and its symbol is ♈.

In astronomy, Aries is a constellation and belongs to the Zodiac family of constellation along with 11 others. All of them are linked to astrology and known as 12 Zodiac signs.

Aries are known as natural leaders, with the ability to charm everyone! They are passionate and confident individuals, mostly oriented toward themselves. They are adventurous, out-going, and always looking for new opportunities in their lives. Aries is known as one of the fearless fire Zodiac signs – they are bold and goal-oriented thanks to its ruler Mars and its motivating energy. These people are known as very sexual ones, and you can’t miss to see or feel their energy. Aries is drawn to challenges and is an amazing athlete, runner or bodybuilder. Action is their favourite world in the whole world!

They are sometimes selfish and aren’t able to see the other person. The reason for that lies in the fact that they were raised to survive and were always linked to themselves while growing up. The best job for them is related to sport, business, organization or private business. They are the authority and they like doing things on their own. Stubborn, cold-hearted and motivated by passion – that is the look of their truest energy!

Both Greek and Egyptian mythology are familiar with the story of Aries. In ancient Egypt Aries was associated with the god Amon-Ra – in the ancient images, he was portrayed as a man with a ram's head. Ram’s head in that time was a symbol of creativity, will, and fertility – a new life. The symbol was an indicator of the annual rebirth of the sun that was especially visible in the spring.

According to Greek mythology, on the other hand, Aries was a golden ram that saved Phrixus from a horrible death. Phrixus was the son of Athamas, the king of Boeotia, and twin brother of Helle. His mother was Nephele, the goddess of the clouds. Once his father got remarried, both he and his new wife hated the twins. She hated them so much that she thought about a devious plan to get rid of them once for all. She wanted to create starvation in Boeotia and bribed farmers and everyone else that the only way to stop this is to sacrifice Phrixus and Helle. Their mother found out about these lies and wanted to save her boys by sending a golden ram to the rescue. The animal saved both brothers, but Helle fell off in a sea during the rescue mission and the sea was renamed in his honour. The ram brought Phrixus to Colchis where king Aeëtes accepted him and even decided to gave him his daughter Chalciope’s hand. As a thank you for accepting him when no one wanted, Phixus offered the ram to Zeus and gave the golden hair to Aeëtes.

Aries stars lie along the Zodiac and you can see it across the sky during the year, but it said to be the most visible in November.

There are no important stars from Aries constellation linked to astrology.