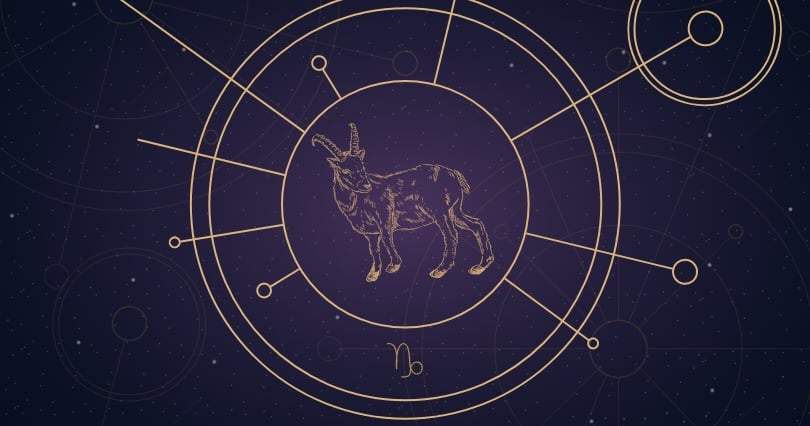 Capricorn belongs to earth signs in astrology and is ruled by the planet Saturn. They are known as stubborn, career-oriented people, who tend to be organized and disciplined. Capricorn season is occurring from December 22nd to January 21st, and its symbol is ♑.

In astronomy, Capricorn is a constellation and belongs to the Zodiac family of constellation along with 11 others. All of them are linked to astrology and known as 12 Zodiac signs.

Capricorns are the money and career-oriented ones. They love their jobs most than everything and tend for everything in their lives to be super organized. Routine is their favorite thing in the world, and they always make sure to have enough time for their friends, family, work and other group or individual responsibilities. They care about the poor, animals and their family members and you will find most of them working as social workers, humanitarians, politicians or in public places. Capricorn knows how to work with papers and administration.

These are very loyal, but not that open and emotional ones, because of their rational hard-working ruler, the planet Saturn. They are ambitious and oriented toward gaining social status and recognition. Good in math, history and social sciences.

Capricornus was first introduced in the 2nd century CE by famous Greek astronomer Ptolemy and therefore has certain links to ancient mythology. However, unofficial data says that the story of this constellation goes way back to the 21st century BC from Babylonians and Sumerians. They called this constellation ‘the goat-fish’ or SUHUR –MASH – HA. A long time ago, this constellation marked the winter solstice, and in modern times the astrology sign Capricorn begins in the first day of winter

This, second faintest Zodiac constellation in the night sky, has connections with the forest deity Pan – he had horns and legs of a goat. His sin Crotus was also a hybrid and is represented by neighbourhood constellation Sagittarius. Zeus placed Pan in the night sky, to honour him for his service to the Gods – he came to their rescue several times. The most notable event was during the war with the Titans, when he scared them away, simply by blowing his shell. He warned the gods that monster Typhon was sent to fight the Gods, and he suggested to gods to dress as animals so the monster can’t find them.

Zeus killed the monster Typhon with thunderbolts, but Pan eluded the monster by jumping into the Nile river and turning his lower body parts into fish. This is the reason why Capricornus is often presented as a goat with the fish’s tail.

Another version of the story depicts Capricornus as the goat Amalthea, that suckled Zeus while hiding from Cronos. Once he became famous God, he placed the goat in the night sky as a constellation to honour it for the protection and service.

The constellation is visible to all observers on both hemispheres and can be seen at latitudes between +60° and -90°.

There are several important stars from Capricornus constellations, but these ones are definitely the most popular ones: