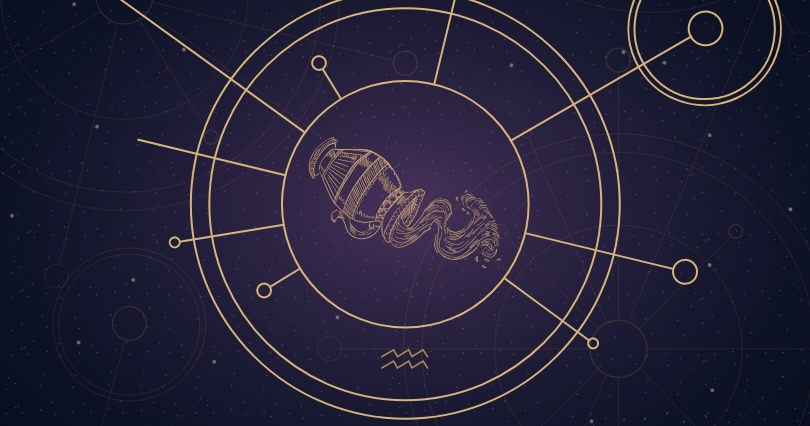 Aquarius belongs to air signs in astrology and is ruled by both Uranus and Saturn. Due to fact that Uranus planet was recently discovered, this Zodiac sign was first linked to the older known Saturn planet. Aquarius season is occurring from January 21st to February 19th, and its symbol is connected to the water’s flow ♒.

In astronomy, Aquarius is a constellation and belongs to the Zodiac family of constellation along with 11 others. All of them are linked to astrology and known as 12 Zodiac signs.

Aquarius is an out-going, rebellious spirit who loves its freedom the most. This sign likes hanging out with its friends and adores social media channels, such as Snapchat, Instagram, Facebook – or everything else that is new and trendy. These people are optimistic and very helpful, and they love taking care of weaker ones, or helping animals. You can find them working in some kind of charity or political organization since they are true cosmopolites who believe inequality. Revolutionary spirited folks who don’t like anything stable, calm and boring. They are the ones who seek change in system, education, clothing, and are drawn to everything new and exciting. Aquarius likes to dress eccentric and to be in the centre of attention, when with friends.

They like planes, trains, thunderbolts, fashion trends, and social media marketing. They are into astrology the most, and their mind works like it was strike with a lightning bolt. Aquarius is adventures and they don’t like routine or normal nine-to-five jobs and responsibilities. They are focused on their free time, and like multitasking and experimenting with alternative organizations, yoga, meditation, exotic food, music, hear and clothes.

This constellation was discovered by Ptolemy in the 2nd century but was known to many others long even before that time. Aquarius constellation is associated with ancient Greece and its mythology. It was described as a young man pouring water – the other constellation Piscis Austrinus. This constellation is linked to the son of King Tros called Ganymede from Greek mythology. He was a beautiful young man, and Zeus transformed as an eagle (Aquila constellation) and carried the man to Olympus to be cupbearer to the gods. Another story says that Aquarius is Deucalion who survived the flood and was a son of Prometheus. A flood was triggered by Zeus and both Deucalion and his wife, who built a boat and saved themselves, became known as the ancestors of humanity.

Aquarius constellation could be seen from both hemispheres at latitudes between +65° and -90°. The best time to look for it is during culmination in September. Aquarius is located near these constellations: Aquila, Capricornus, Cetus, Delphinus, Equuleus, Pegasus, Pisces, Sculptor, and Piscis Austrinus.

There aren’t any important fixed stars linked to this constellation.