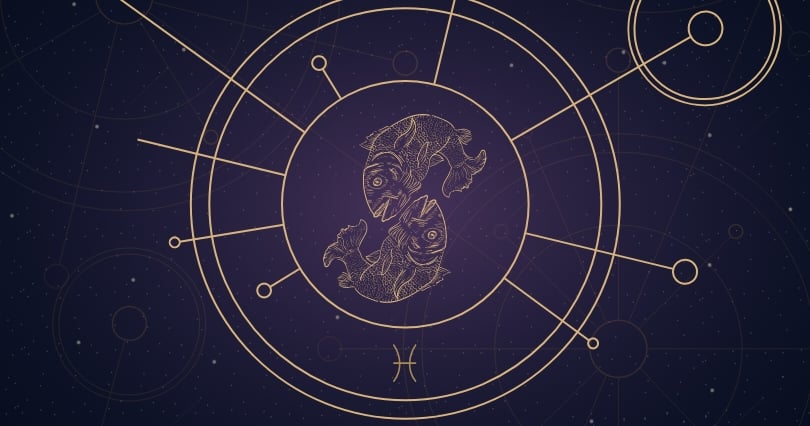 Pisces belongs to water signs in astrology and is ruled by the planets, Neptune and Jupiter. Due to the fact Neptune was recently discovered, Pisces are more linked to the planet of luck Jupiter, but in nowadays Neptune is more associated with it due the discovery of what it stands for. Pisces season is occurring from February 20th to March 20th, and its symbol is ♓.

In astronomy, Pisces is a constellation and belongs to the Zodiac family of constellation along with 11 others. All of them are linked to astrology and known as 12 Zodiac signs.

Pisces is an intuitive, emotional, hypersensitive sign. They are empaths and very imaginative and creative people. Talented for music, art, dance, movie. You will notice most of them working in the showbiz industry and find many actors, creators or singers among them. Due to their sensitive nature, they always tend to be too personal about everything. They live in fairytale land and it is said for them that they are having trouble seeing the world without the pink sunglasses.

Pisces are highly spiritual, and longing for distant places. They are into meditation, yoga and alternative organizations and therapies. You can find many of them working as social workers, priests or alternative teachers. Pisces are very good writers, especially when it comes to children’s books, fairytales and science fiction novels. They are really into divine love and looking for that one partner they imagine as prince charming.

Pisces constellation was first spotted by famous astronomer Ptolemy in the 2nd century but was known to many other cultures and civilizations long before that. In ancient Greece, Pisces is associated with the tail of goddess Aphrodite and her son Eros. Gaia sent the monster Typhon to defeat the Olympian gods, and Pan alerted Zeus and other Gods of that. He transformed into a goat-fish and swam the river of Euphrates to escape the monster. This fish is represented by neighbourhood constellation Capricornus. Eros and Aphrodite asked the water nymphs for help and jumped into the water. The fish came to their rescue and Aphrodite honored the fish for its service by placing its image among the sky as a constellation. Another version of this story says that mother and son transformed into two fish so they could hide from the hideous monster.

This constellation was well known to the Babylonians and they saw it as a pair of fish joined by a cord. They link the Pisces constellation with the Roman myth of Cupid and Venus who transformed into fish to escape the monster Typhon. Before they did that, they tied themselves with a rope and it is believed that the Alpha star of this constellation is the knot of the rope, because this is how its traditional name could be translated from Arabic.

The constellation could be seen from both hemispheres at latitudes between +90° and -65°. The neighbourhood constellations are Andromeda, Aquarius, Aries, Cetus, Pegasus, and Triangulum.

Most popular ones are definitely Fomalhaut star – in astrology is popular to believe that important natal chart planet on this degree is a good luck charm. Three most important ones, besides Fomalhaut, are Scat, Deneb and Ahernar stars – they bring career success but in places far from the home in which they were born.