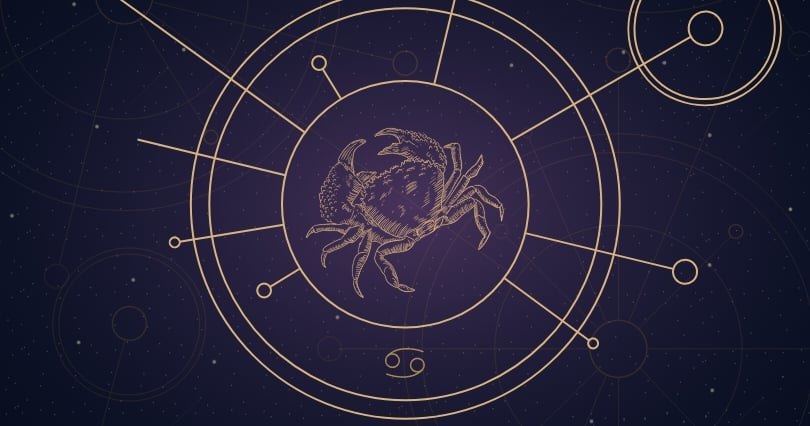 Cancer belongs to water signs in astrology and is ruled by planet most known to us – the actual Moon. They are warm, loving, family-oriented souls.  Cancer season is occurring from June 22nd to July 21st and its symbol is shaped in the form of number 69.

In astronomy, Cancer is a constellation and belongs to the Zodiac family of constellation along with 11 others. All of them are linked to astrology and known as 12 Zodiac signs.

Cancer gives family-oriented, intuitive, sensitive and emotional people. They love to spend time at home because the family is the centre of their world. They are heart-warming and loving souls, but they have the tendency to be moody due to their vulnerable nature, and that sometimes could be hard to handle. Cancer energy allows people having it to be aware of the other side as well, and not just being selfish and self-focused. Safety is very important to them, so they usually surround themselves with trustworthy people.

Lovers of food and excellent cooks. They just don't love to cook for themselves, but are happy to fix something new for their loved ones as well. They like to travel, but don’t like to leave their house for too long, so their ideal vacation is somewhere nearby and not too long – not more than one week. Pictures and souvenirs are something they adore collecting, and once you come to their house you will easily spot a lot of photo albums, family portraits, books, and little figurines. They are storytellers and love to entertain the others by telling funny and sweet family stories.

Cancer people are romance letters and novels writers and readers since they cannot express their emotions easily.

In Greek mythology, the Cancer character is linked to the crab that Hera the Goddess sent for Hercules. Hera was very clever and wanted for Hercules to fail his 12 Labours mission so she decided to send a crab for him while he was still fighting Hydra. After the crab was defeated, Hera placed it among the stars, but due to the fact he has failed her, she didn’t allow him to glow – and that is the story why it’s hard spotting it.

In another version of the story, Hercules was the one who killed the crab and kicked him so hard that he has accidentally placed him in the sky. Hera was devastated after that and she tried to recuperate its shine and visibility in the night sky but failed.

There aren’t any important fixed stars in Cancer constellation.