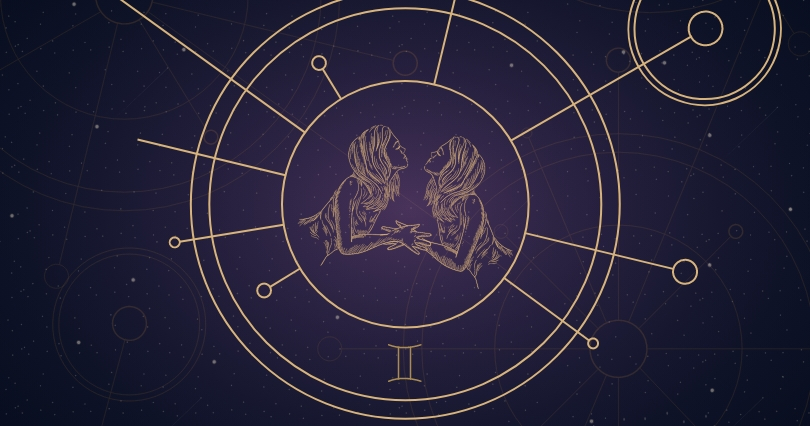 Gemini belongs to air signs in astrology and is ruled by the planet of mind Mercury. They are easy, outgoing and friendly young and childish souls.  Gemini season is occurring from May 21st to June 21st, and its symbol is ♊.

In astronomy, Gemini is a constellation and belongs to the Zodiac family of constellation along with 11 others. All of them are linked to astrology and known as 12 Zodiac signs.

Eternal children who like to chit-chat, hang out and socialize more than any other Zodiac sign – the Gemini ladies and gentlemen! They like games and a good sense of humour. They are funny, smart, clever and curios – they always have several questions to ask, no matter what the subject of their question is all about. Gemini has many friends and is always linked with friends from school and the neighbourhood. They liked their childhood more than ever and they are in love with the Peter pan – Gemini never wants to grow up, and they usually avoid employment by the age of 27. This Zodiac sign loves learning and communicating via Social media – everyone just has to know what did they had for lunch or where did they go running in the morning. Social media presence is everything to them.

They are amazing friends, but not very loyal lovers, since their tendency to be with more than one person at the time. Gemini is a good sails person, writer, and journalist and you can always find them working in the marketing or communications industry. You will easily spot them since they are fun, young, easygoing and casually relaxed while multitasking.

Gemini constellation is associated with the twins Castor and Pollux from Greek mythology. They are the son of Zeus, known as the Dioscuri. In some versions of this story, only one brother (Pollux) was a son of God, and the other one Castor was the son of the mortal Kind of Sparta, and therefore the mortal brother. Their mother was Queen Leda of Sparta. Zeus disguised in the swan and raped the Queen (this story is linked to constellation Cygnus) and she became pregnant, bearing two children – Helen of Troy and Polydeuces. Later on, she became pregnant with Castor and Clytemnestra, and their father was the King of Sparta, and therefore these were known as her mortal children.

Castor and Pollux were very close growing up – the first one was a horseman and fencer, and the other one was known for his boxing skills. The two were Argonauts and part of the Golden Fleece expedition. They were included in several important missions. Zeus placed both of them in the night sky as part of Gemini constellation, and the two brightest stars – Alpha and Beta Geminorum mark the heads of the twins.

In other versions of this story, Gemini constellation associates the two stars not with Castor and Pollux, but with Apollo and Heracles, two brothers and sons of the Zeus.

The Castor and Pollux twins appear upside down in the southern hemisphere, and are visible best during culmination in the summer season. The neighbourhood constellations are Auriga, Cancer, Lynx, Canis Minor, Orion, Taurus, Cancer, and Monoceros constellations.

Two most important fixed stars from this constellation are Castor and Pollux – these stars signify our need to always find our perfect half in love and is a story on how we will be truly completed once we find that missing part in another person in our life.