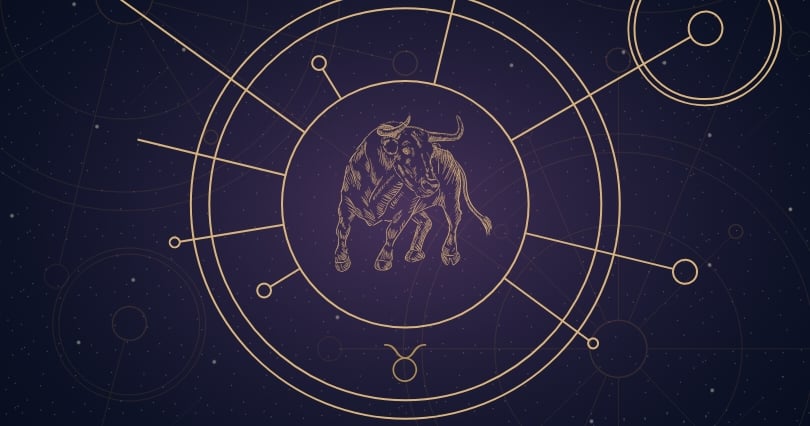 Taurus belongs to earth signs in astrology and is ruled by the planet Venus. It is known as a materialistic, lazy, sensitive sign. Taurus season is occurring from April 21st to May 21st, and its symbol is ♉.

In astronomy, Taurus is a constellation and belongs to the Zodiac family of constellation along with 11 others. All of them are linked to astrology and known as 12 Zodiac signs.

Taurus represents the ability to love someone and therefore has a certain connection with the planet of love, its ruler Venus. This is a materialistic sign that is always focused on the thing that makes him feel safe, like money, love, home, food. Taurus likes fine dining and is known as a true gourmet and hedonist. Give him a glass of good wine, and he’s yours for the night! They don’t like changes and anything going too fast and are known as slow and careful ones.

This sign likes everything shiny – galleries, jewellery, diamonds, and perfumes. He always has a favourite restaurant, store and travel destination. Taurus is not a fan of anything new and he doesn’t like experimenting. You will always see this one wearing the same clothes and shoes for more than a year!

They are known as excellent and sensual lovers, who know how to express their love. They love sharing and receiving love and other gifts. Taurus has a talent for music and art, and he has excellent taste in fashion and urban lifestyle.

Taurus constellation was known a long time before the Ptolemy’s first data of it. It is believed that this constellation marked the Sun’s location during the spring equinox in the Bronze Age. Taurus was known to many cultures and civilizations like Greek, Egyptian, Roman, and Babylonian.

In ancient Greece, this constellation is linked to the story of Zeus and Europa and his transformation to a bull animal so he could abduct the Europa. Europa was the beautiful daughter of King Agenor and Zeus desperately tried to win her over. He was not able to do that, so he disguised a bull and finally won her attention. She sat on his back and the two headed for the sea, all the way to Crete island where he revealed his identity. He treated her like a queen, and the two had 3 sons – one of the king Minos of Crete who later on built a palace known for bull games. Zeus was the one who placed the Taurus constellation in the night sky, to honor him for his service.

Babylonians know this constellation by the name MUL.APIN, or “The Heavenly Bull.”

The constellation is visible to all observers from both hemispheres and could be seen best at latitudes between +90° and -65°. Taurus is bordered by these constellations: Aries, Auriga, Cetus, Eridanus, Gemini, Orion, and Perseus.

The most famous ones are definitely the Seven Sisters or Pleiades, and the Aldebaran star.
Aldebaran is linked to marital problems or having trouble entering one, and the Pleiades is linked to a certain fall in your life – the loss you experience once you reach your goal. It could mean losing someone you love or losing something in the moment when you reached your career goal.