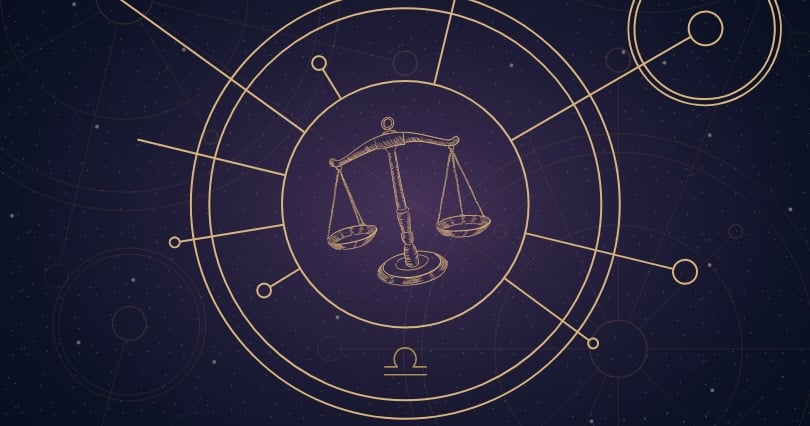 Libra belongs to air signs in astrology and is ruled by the planet Venus. Libra is connected to partnerships, marriage, balance and justice. Libra season is occurring from September 23rd to October 22nd, and its symbol is ♎.

In astronomy, October is a constellation and belongs to the Zodiac family of constellation along with 11 others. All of them are linked to astrology and known as 12 Zodiac signs.

Libra is all about balance and emotions. It is therefore linked to partnerships and marriage. These people always seek balance in harmony both in themselves and in their relationships. They love being in a relationship, and marry at a young age – family is super important for them, but the accent is on their partner and not the kids. They love justice and you will find many of them working as lawyers, non-governmental organizations, judges. They don’t like being alone and spending too much time with their selves but adore taking care of themselves and going to hair salons, massages, spa centres, etc. A healthy life is super important to them since they tend to be trendy and fit.

You will notice them as always decorated and looking like true ladies and gentlemen. Libra people love flirting and visiting theatre, concerts or art exhibitions and museums. They are always charming and friendly, and they are super kind and willing to help you out with everything. Especially if it comes to giving love advice!

Libra constellation was first depicted by Ptolemy in 2nd century CE but was known to many other civilizations and cultures long before that time. Greeks knew the part of the sky where its located as Chelae ‘the claws’ and believed it was part of Scorpius constellation. The connection with scales became in the 1st century BC when Rome was founded – astrologers said that the Moon was in Libra on that day. For Romans, this constellation had links to the autumnal equinox – the day when the length of night and day time is balanced. In ancient Rome, Libra was the only Zodiac sign that reflects an object and not an animal or mythology creature and they saw it as a symbol of balance and justice among people.

The first ones to link Libra with the balance were Babylonians – they called the Libra constellation ZIB.BA.AN.NA, which means “the balance of heaven”. They saw the constellation as the scissors of Scorpio, and so did astronomers from the Arabic world.

Once the association with balance starts kicking in, ‘the weighing scales’ constellation had been often described as the scales held by the Greek goddess of justice, represented by Virgo constellation. As a reminder, that Libra as part of Scorpius constellation its brightest Beta star got the name which could be translated to ‘the northern claw’. The southern claw is its Alpha star Zubenelgenubi.

Libra is visible to all observers from both hemispheres and can be seen best during culmination in June, at latitudes between +65° and -90°. The constellation is bordered by these: Centaurus, Virgo, Serpens, Scorpius, Lupus, Hydra and Ophiuchus constellations.

There aren’t any important stars linked to the Libra constellation. There are however some positions in the natal chart that are called ‘the road of Isis, goddess of Egypt’ – from 15 to 29 degree of Libra in a natal chart. If you have any natal planet on one of these places, it is believed that you have some kind of connection with the Egyptian civilization and that you either must visit Egypt, or find a myth from that time linked to your everyday situation and causing you to feel trapped inside your body.